I spent the morning in the Campus: in fact it was the Cal Day, i.e. the university open day for the young guys who are starting their undergrad course in the next academic year. By the way, “Cal” is not just a generic diminutive to recall California, but rather it is the official nickname of UC Berkeley (the only, real University of California eheh!). Naturally the university wanted to make an excellent impression to its new pupils, so everything was planned to be huge: the website listed about 400 events scheduled over the day, featuring conferences, guided tours, visits to museums and laboratories (included my beloved Tyrannosaurus!) and so on. As I pointed out, the target was not represented by the prospective freshmen only, but rather by families in general, therefore many events were specifically dedicated to children.

As everybody knows (!), among my hundreds of interests there is also astronomy. In this field, I had found a couple of very interesting initiatives: a conference presenting the forthcoming total solar eclipse (which will take place here in the US on August 21) and above all a telescope observation of the Sun itself, hoping for a bright sky. Naturally, when I wake up I see that clouds are enveloping the Bay, as indeed anticipated the day before by the weather forecast (which actually had deceived all over the previous week showing good weather conditions…). And the cloudy sky also has a very bad effect on my will to go to the conference, scheduled quite early in the morning… Indeed, the weather forecast had led me to prepare a vague, last-minute backup plan, which was an energy-climate conference (all the other astronomic activities were dedicated to children), nevertheless I suspected that this conference would be a potential problem for my following schedule and in any case it would not be particularly exciting to follow a conference about topics I deal with in my everyday work, probably. Bottom line, I simply had a walk around the Campus, enjoying the stands and the “joyful mess”. So here are some photos of the morning, plus some other photos of the Campus taken in the past weeks, just for the sake of completeness. 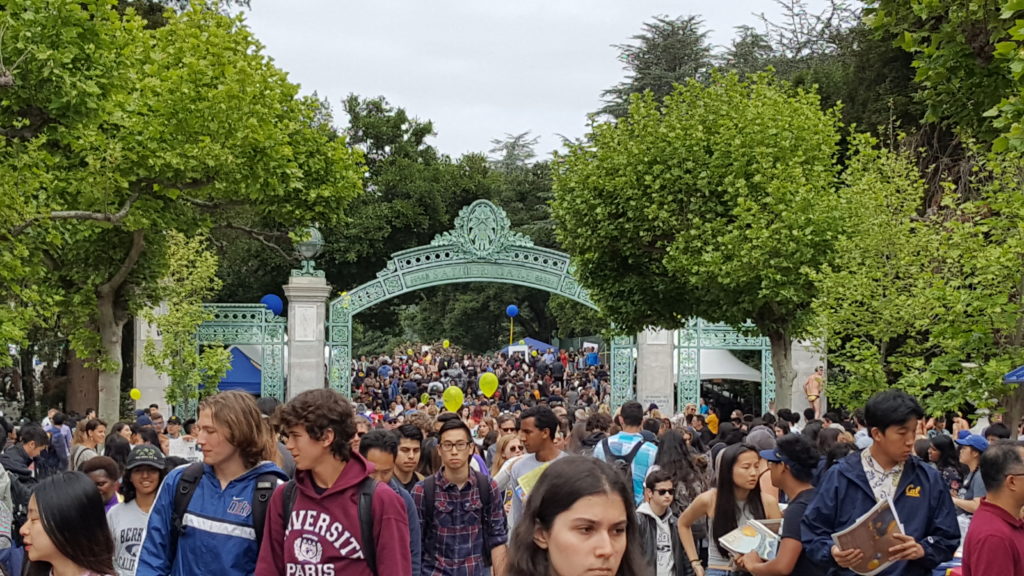 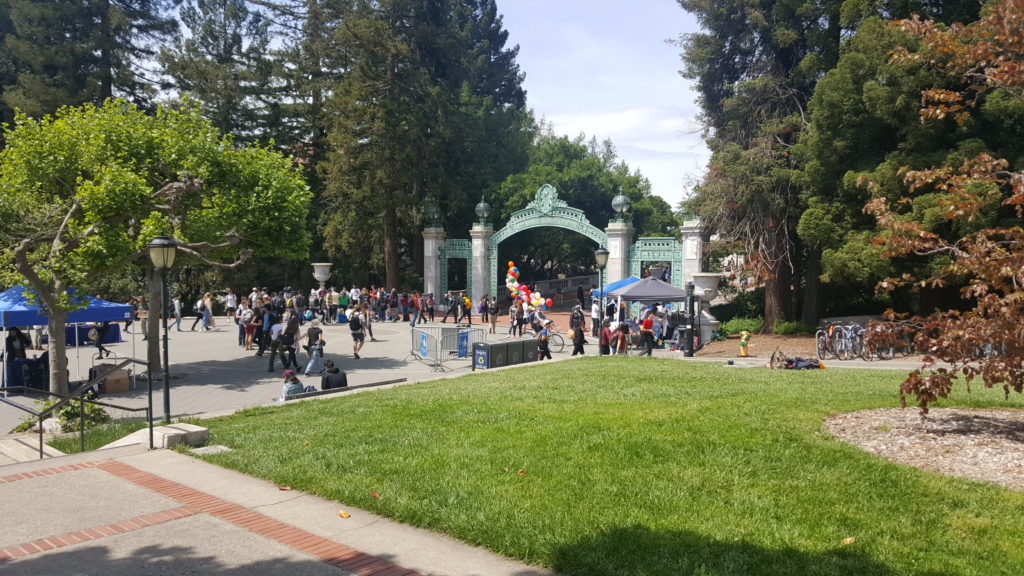 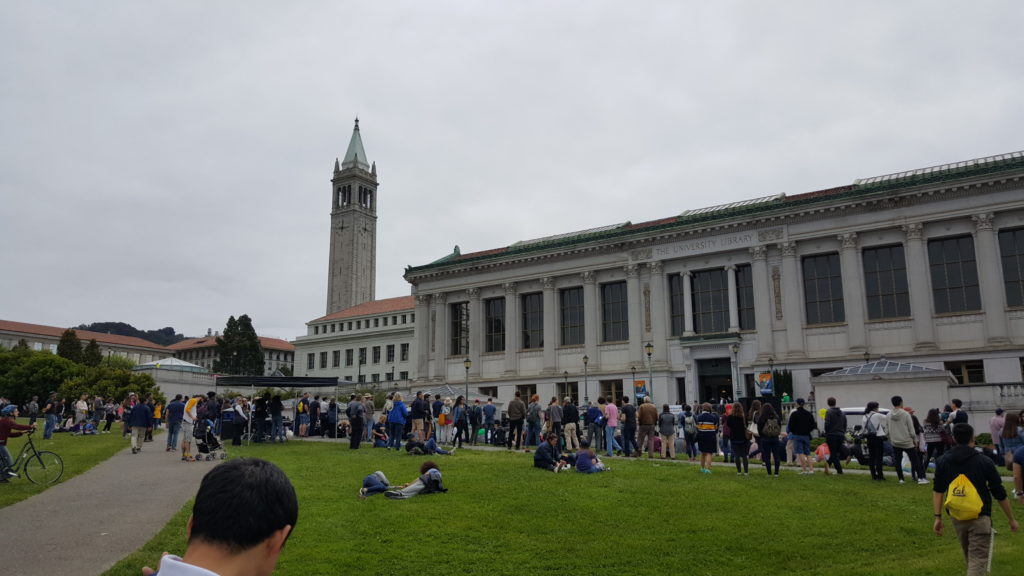 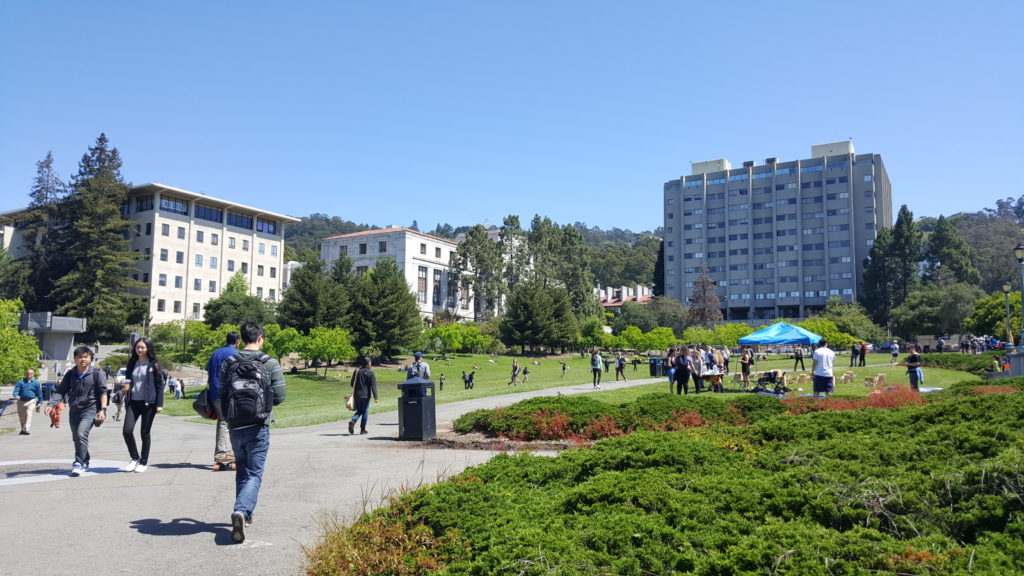 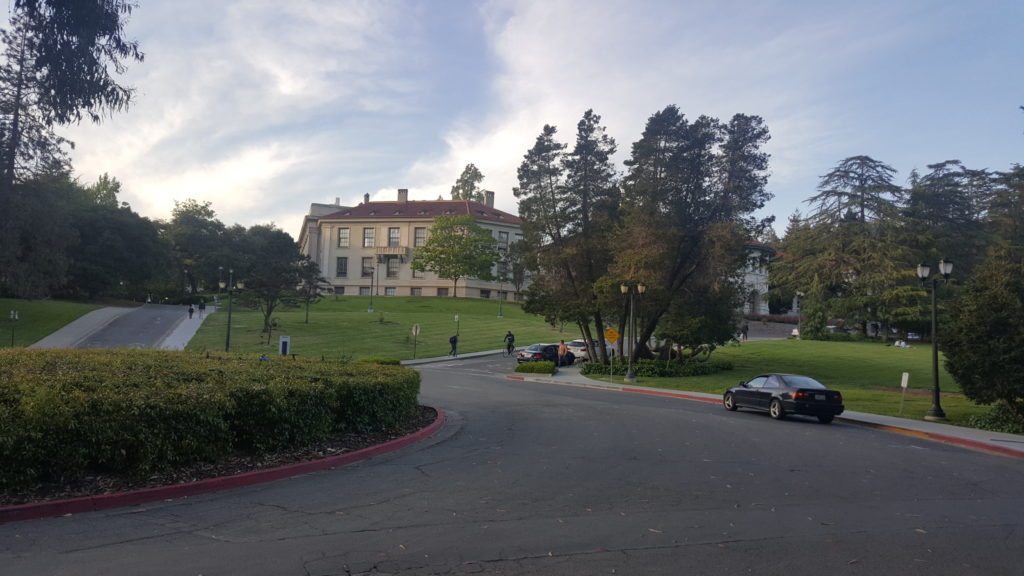 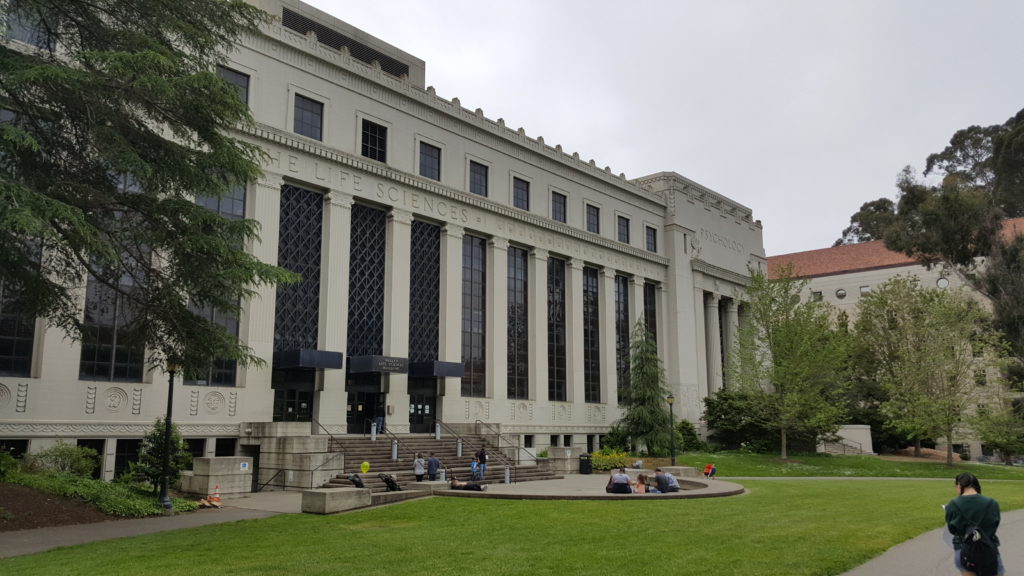 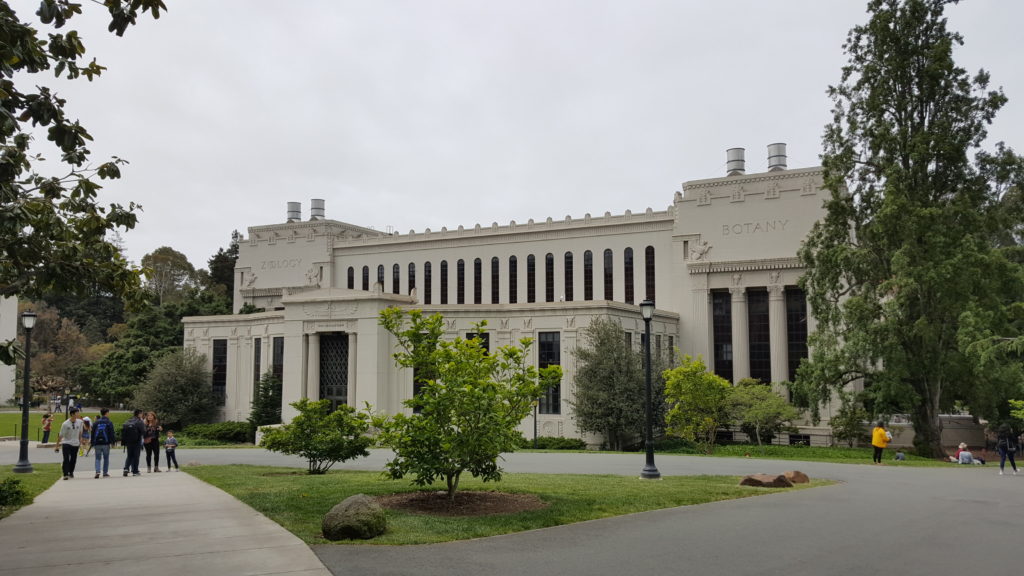 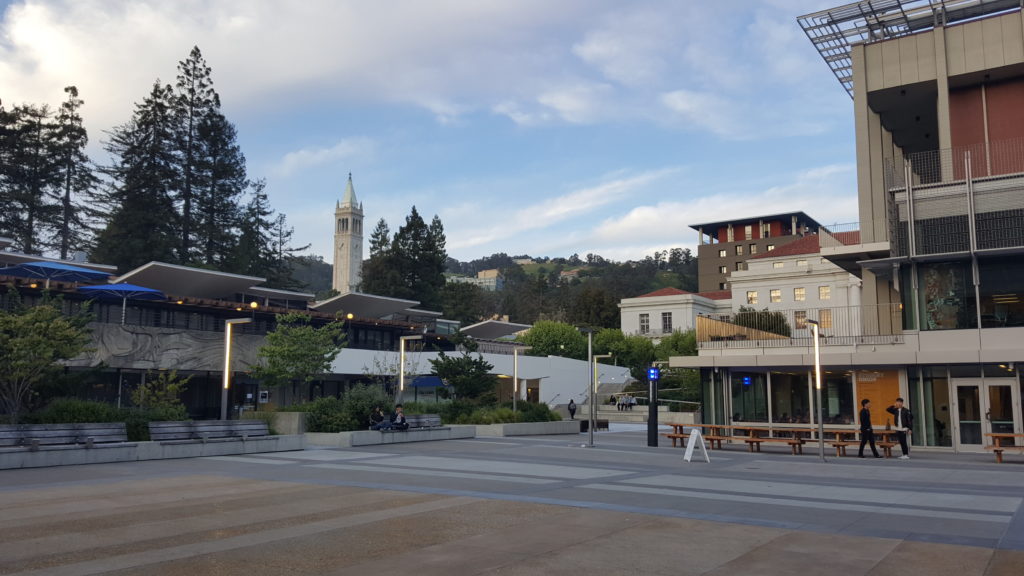 These guys funnily remind us that saying Berkeley / Stanford is more or less like saying Oxford / Cambridge! 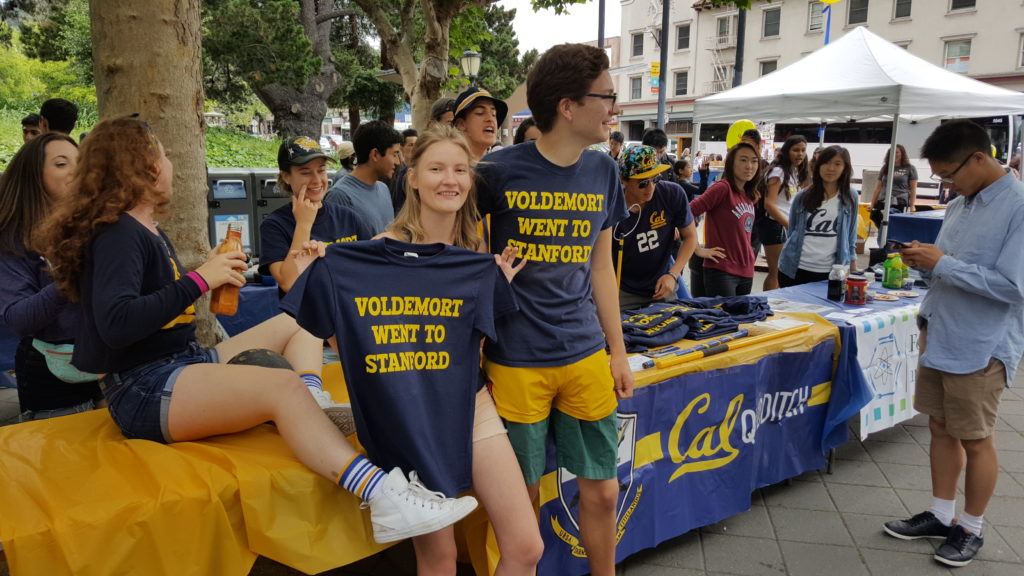 Finally, I link the official website of the Cal Day where you can find other photos and comments by the enthusiastic participants 🙂

Now it’s time to go to the BART station: I want to give a look at the March for Science and then complete the tour of the Fisherman’s Wharf and sorroundings which had remained pending last time.

As you may have read, the March for Science has been organized in many cities around the world. I don’t want to spend too many words in this section about the sense of  the event (there are hundreds of articles on the web; here’s the link to the official website, however), but I obviously consider it a very important initiative in this period in which climate change and the policies to tackle it are brought into question, in addition to the stunning polemic about vaccines, the evolutionism-creationism debate (which is always a burning issue here in the US… and let’s see if we will be so “smart” to import it in Italy as well), the controversy (?) about the Earth flatness or sphericity, and so on. However, here are some photos of the march: 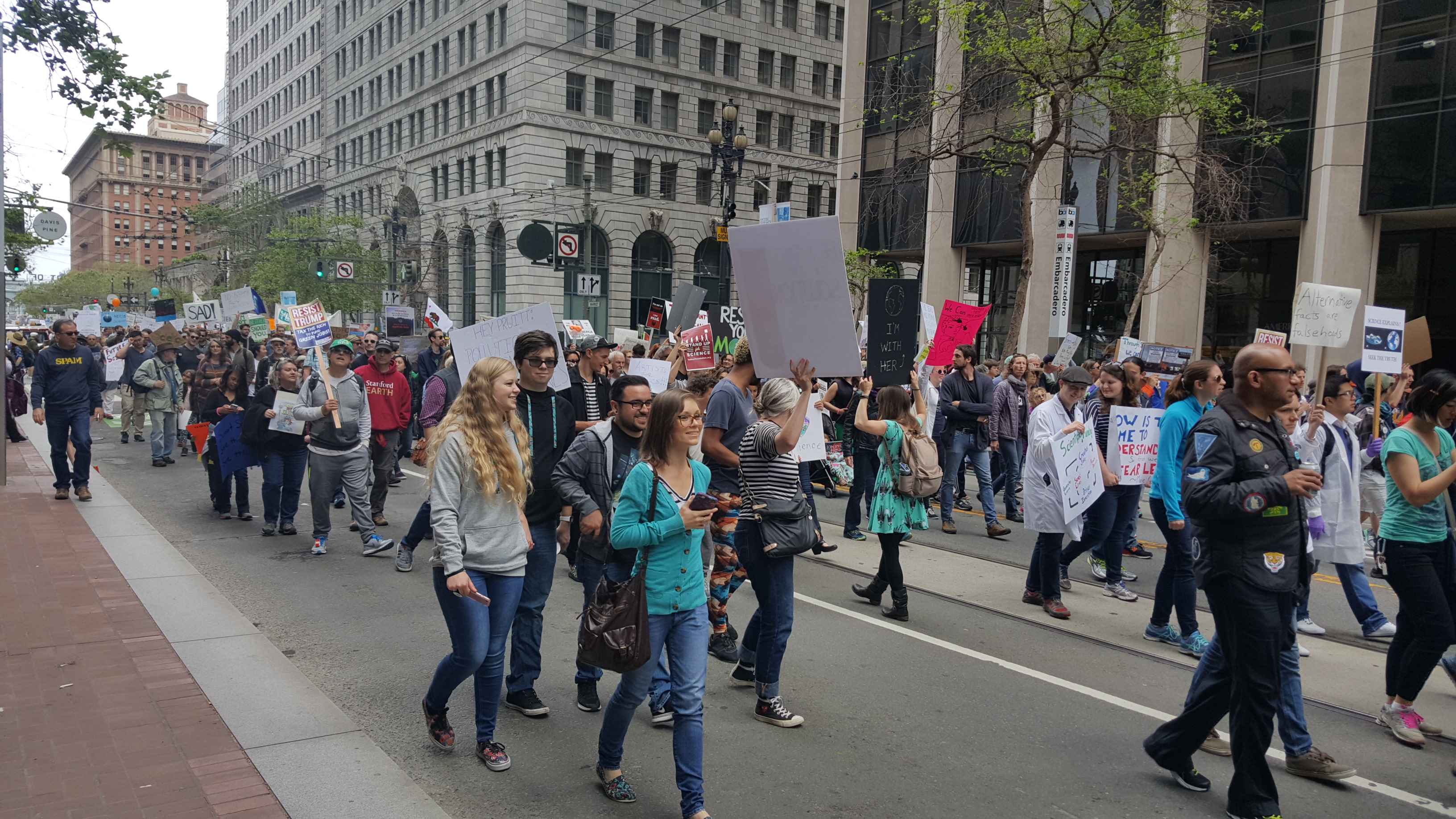 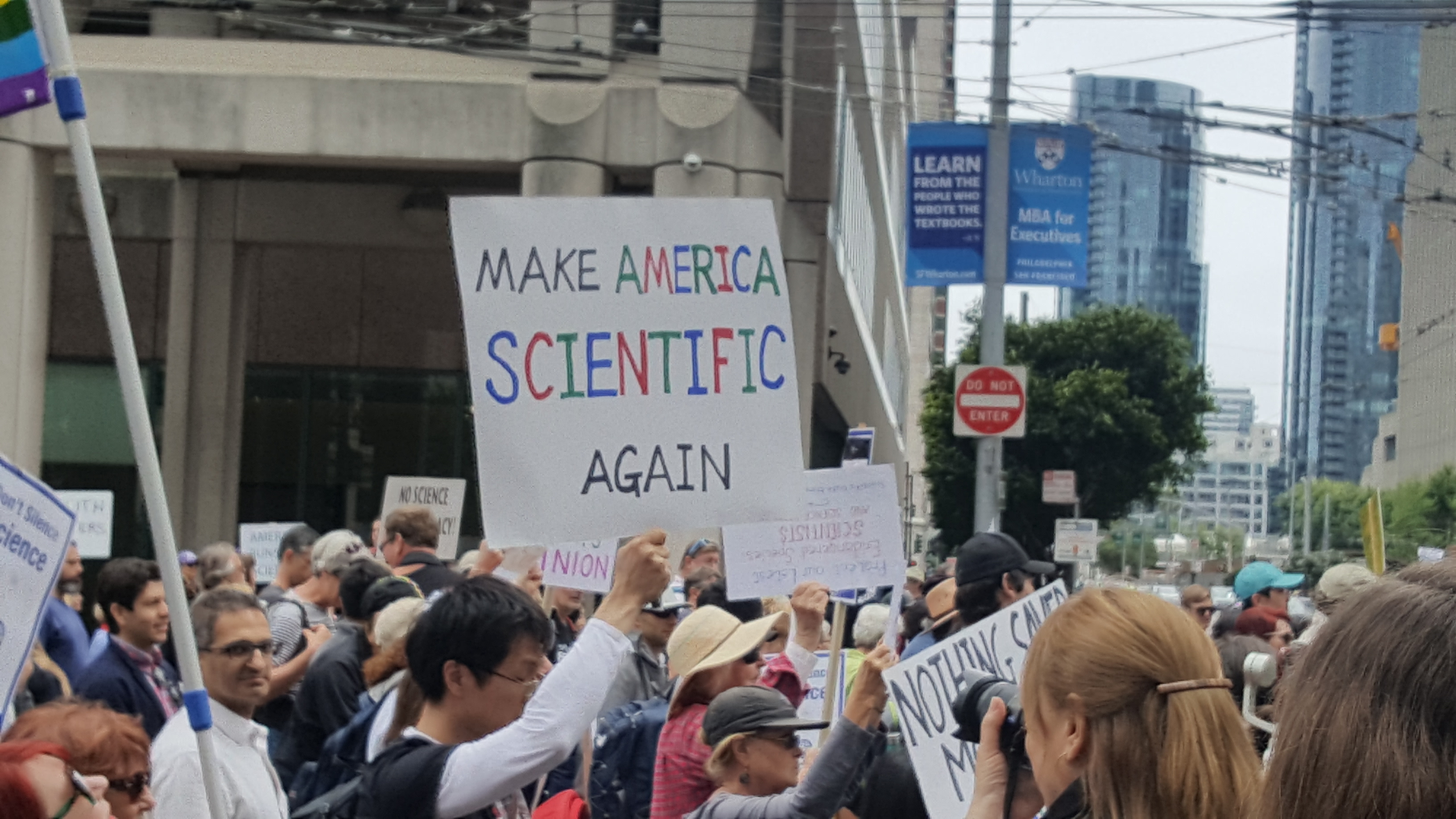 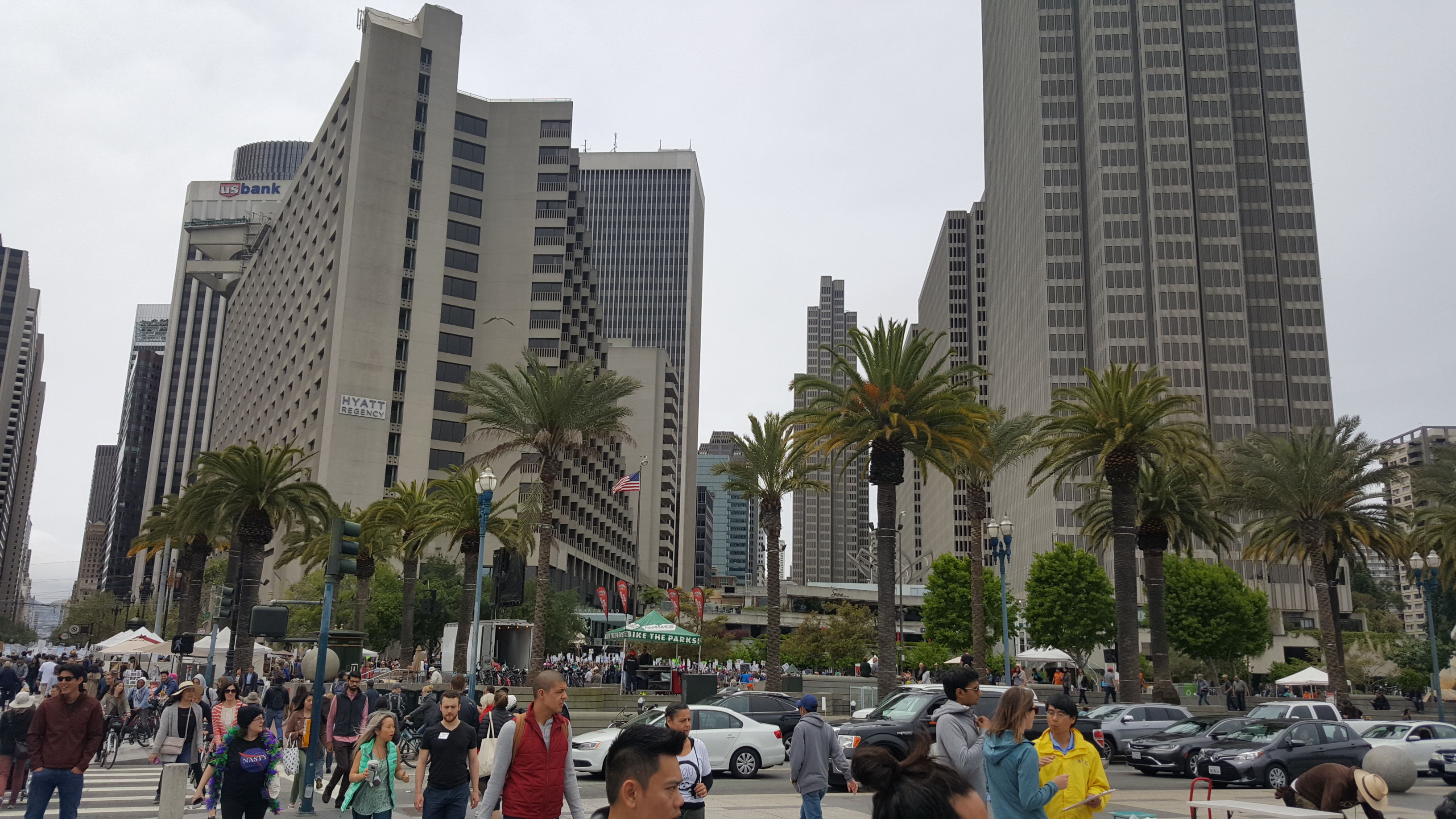 There is also who has already found the democratic candidate for 2020… and maybe she’s not wrong: we’ll see! 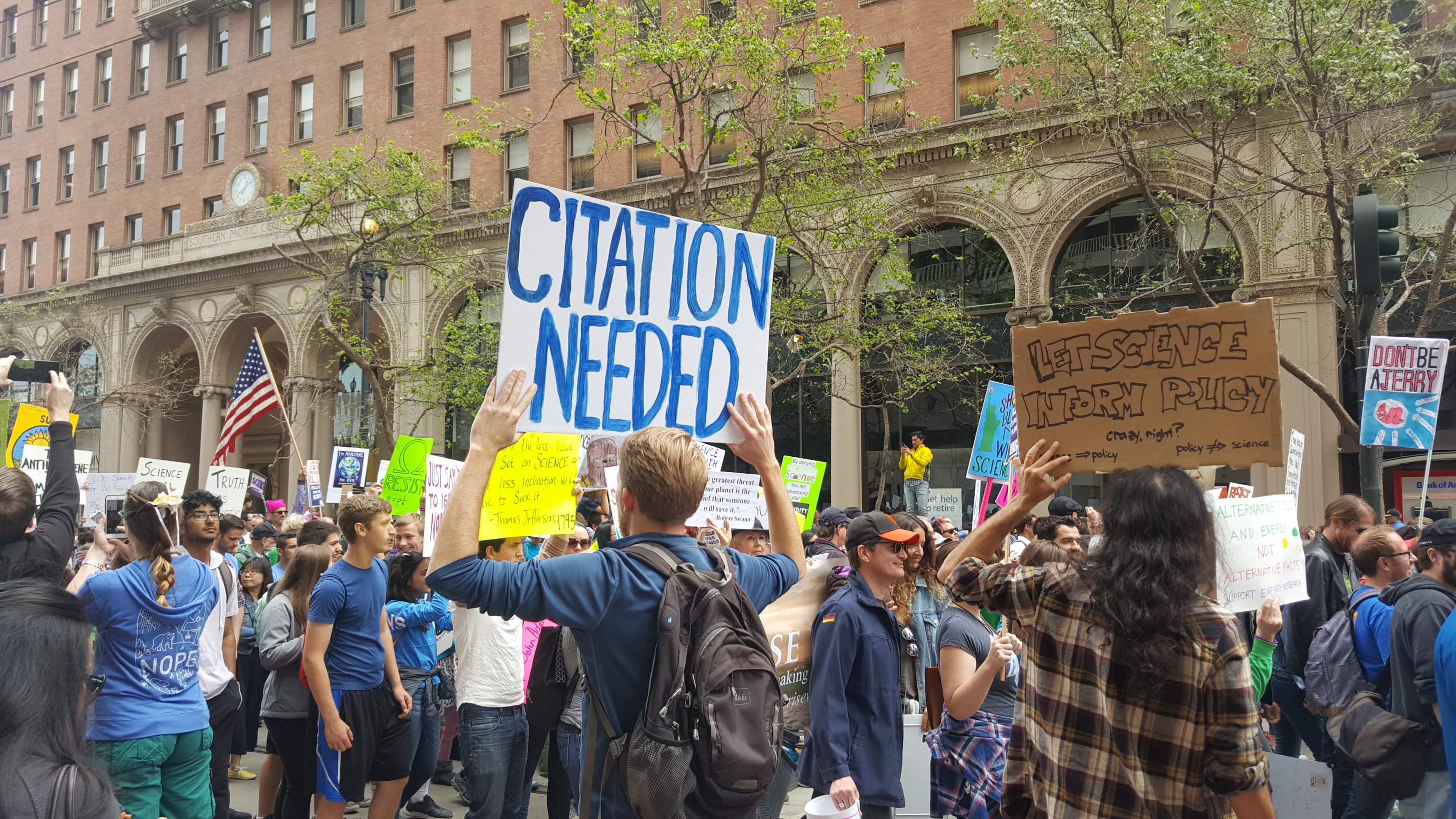 Then I could head to the Fisherman’s Wharf. By the way: Milanese tram this time 🙂 I must say that the negative opinion expressed by my guide was fully justified: I don’t find the area particularly exciting… Despite being a bit kitsch, Pier 39 was funny at least (and naturally I couldn’t but drop by the sea lions, taking a picture of the Golden Gate Bridge as well!) 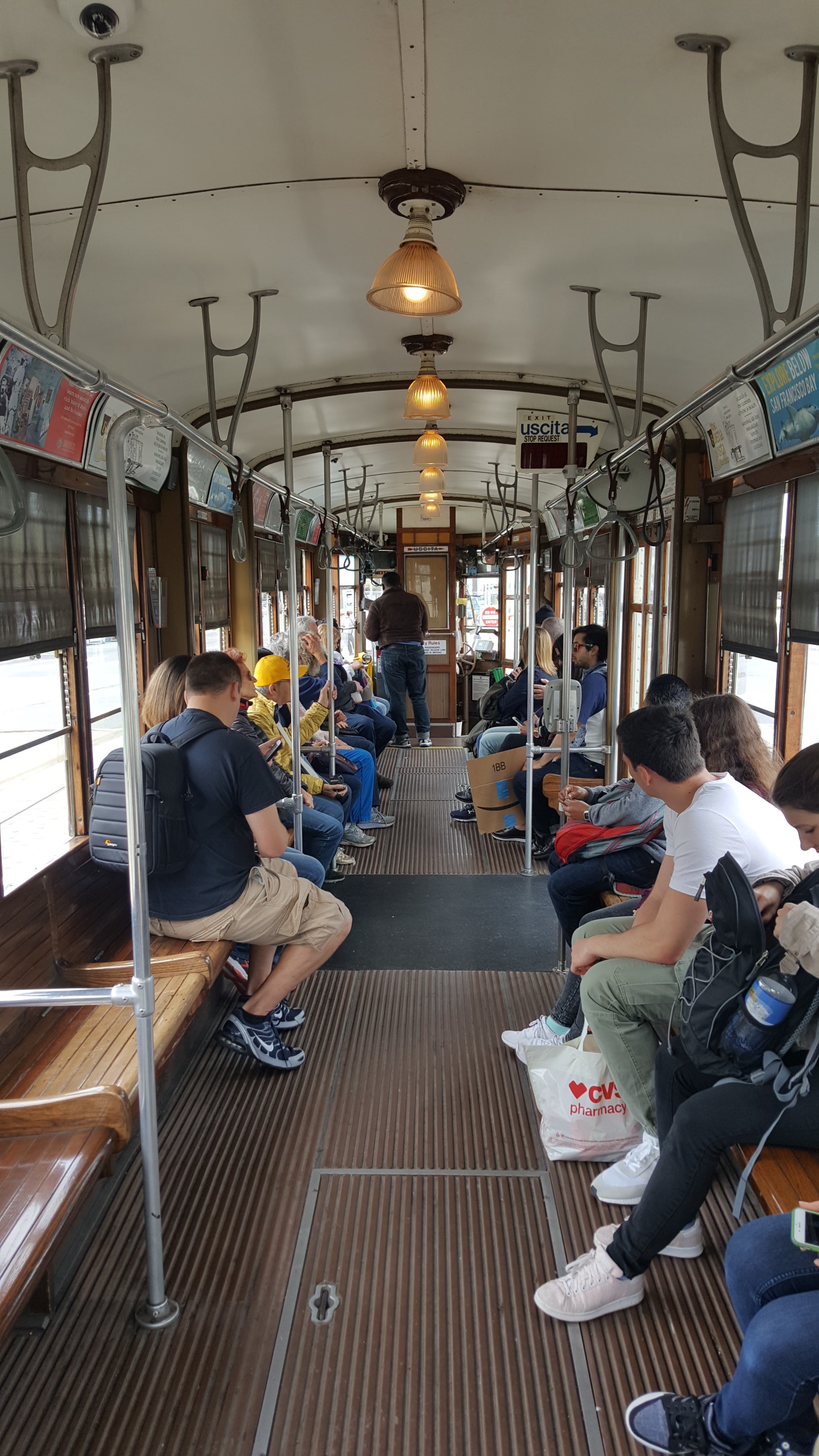 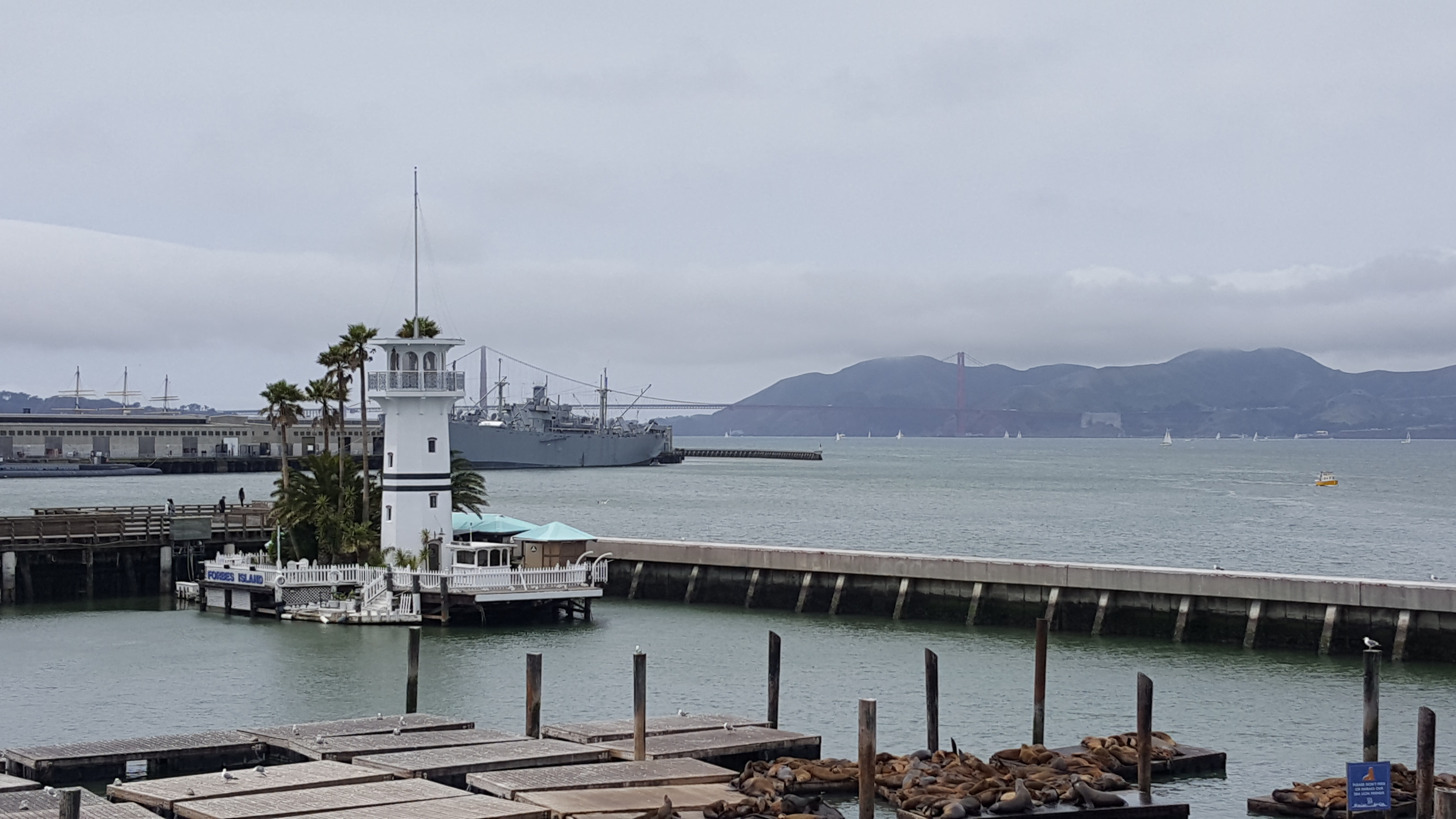 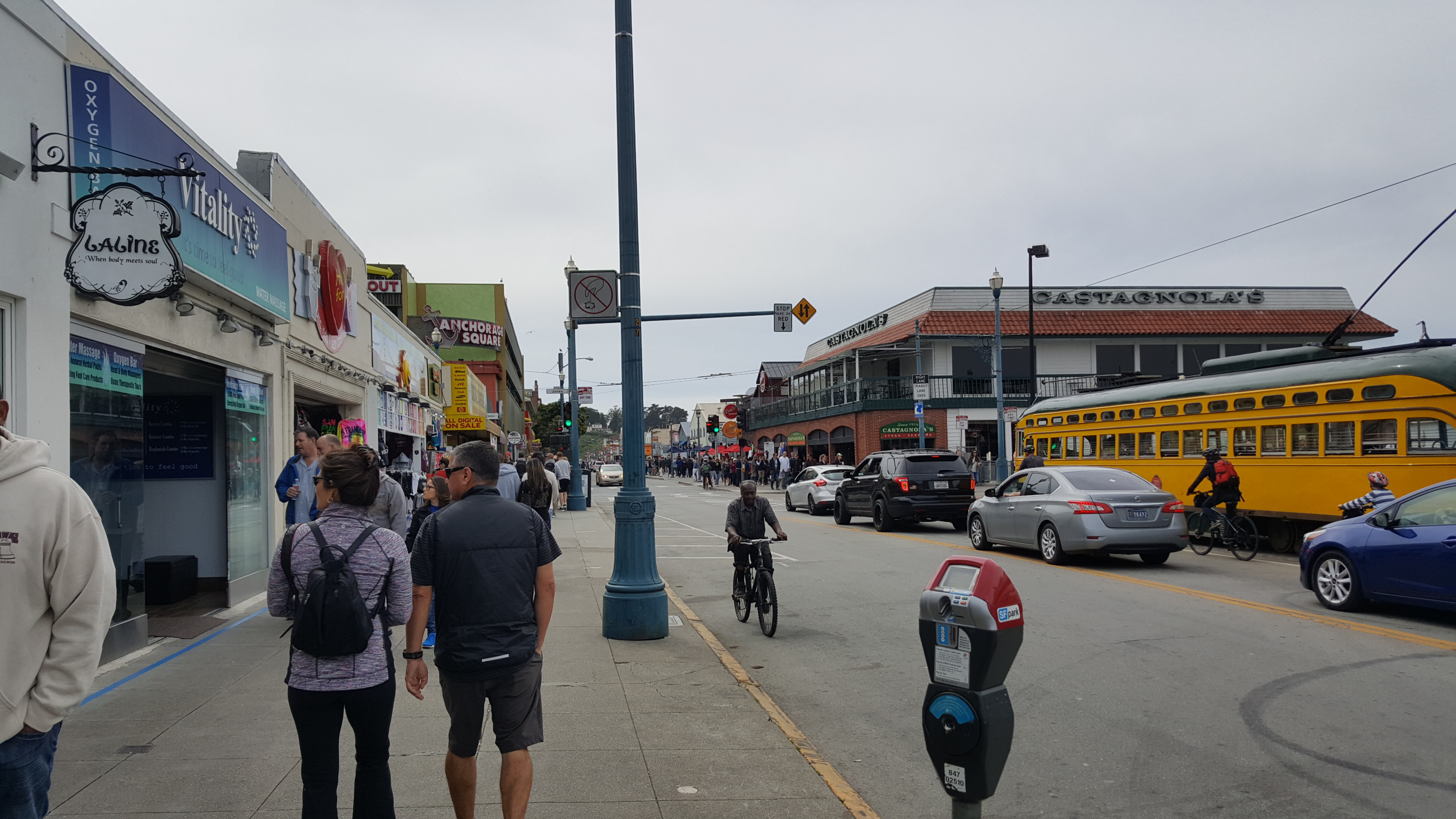 The Musée Mechanique, which shows a collection of mechanical and electronic games from the XIX century onwards, is very nice, instead. Some machines are really stunning, such as the ancestors of the jukeboxes, i.e. automatic pianos which played even tens of tracks using ribbons of pierced paper as a score. Additionally, I was an arcade-addicted when I was a boy, and some videogames really made me jump back into the past! 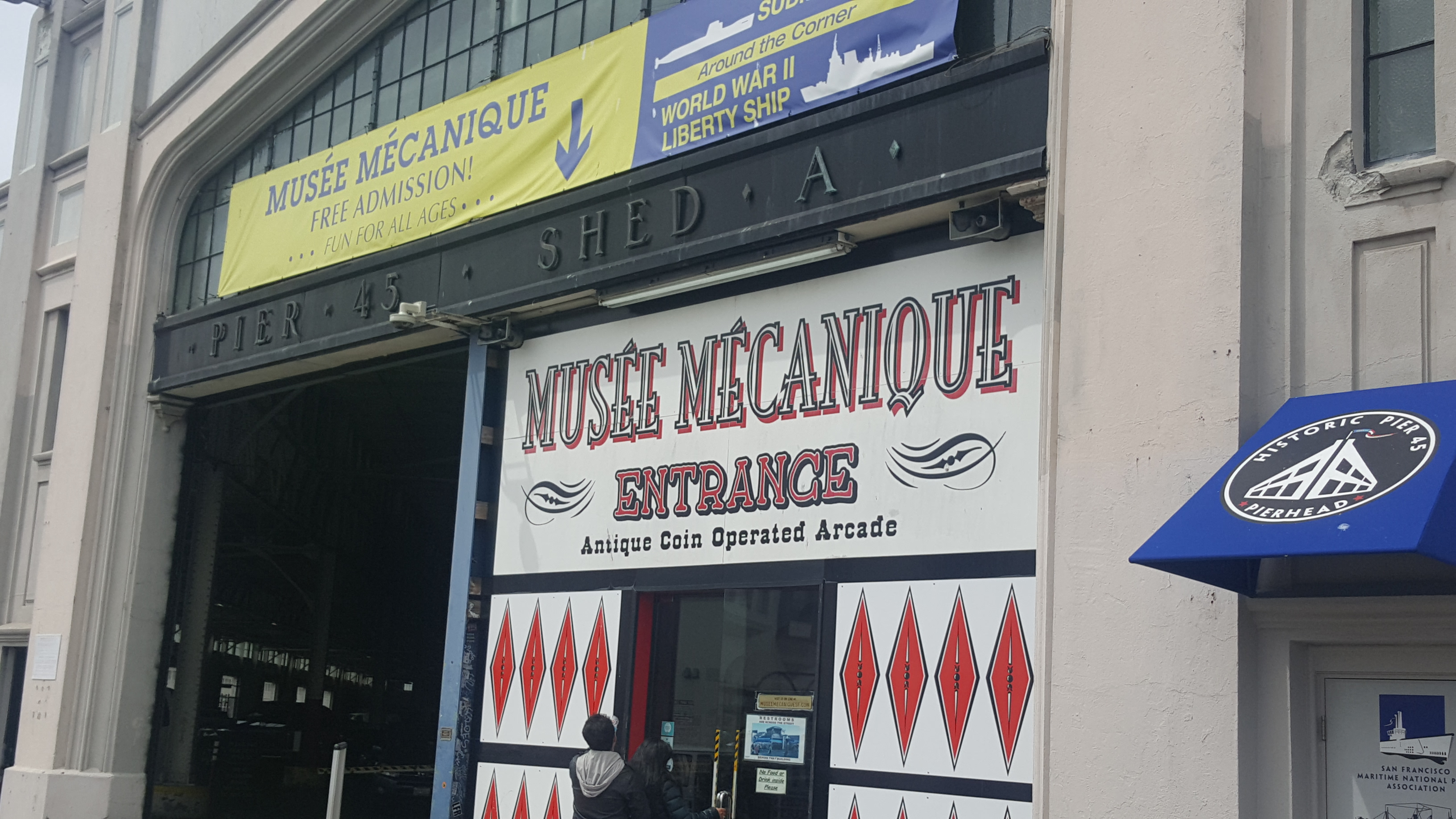 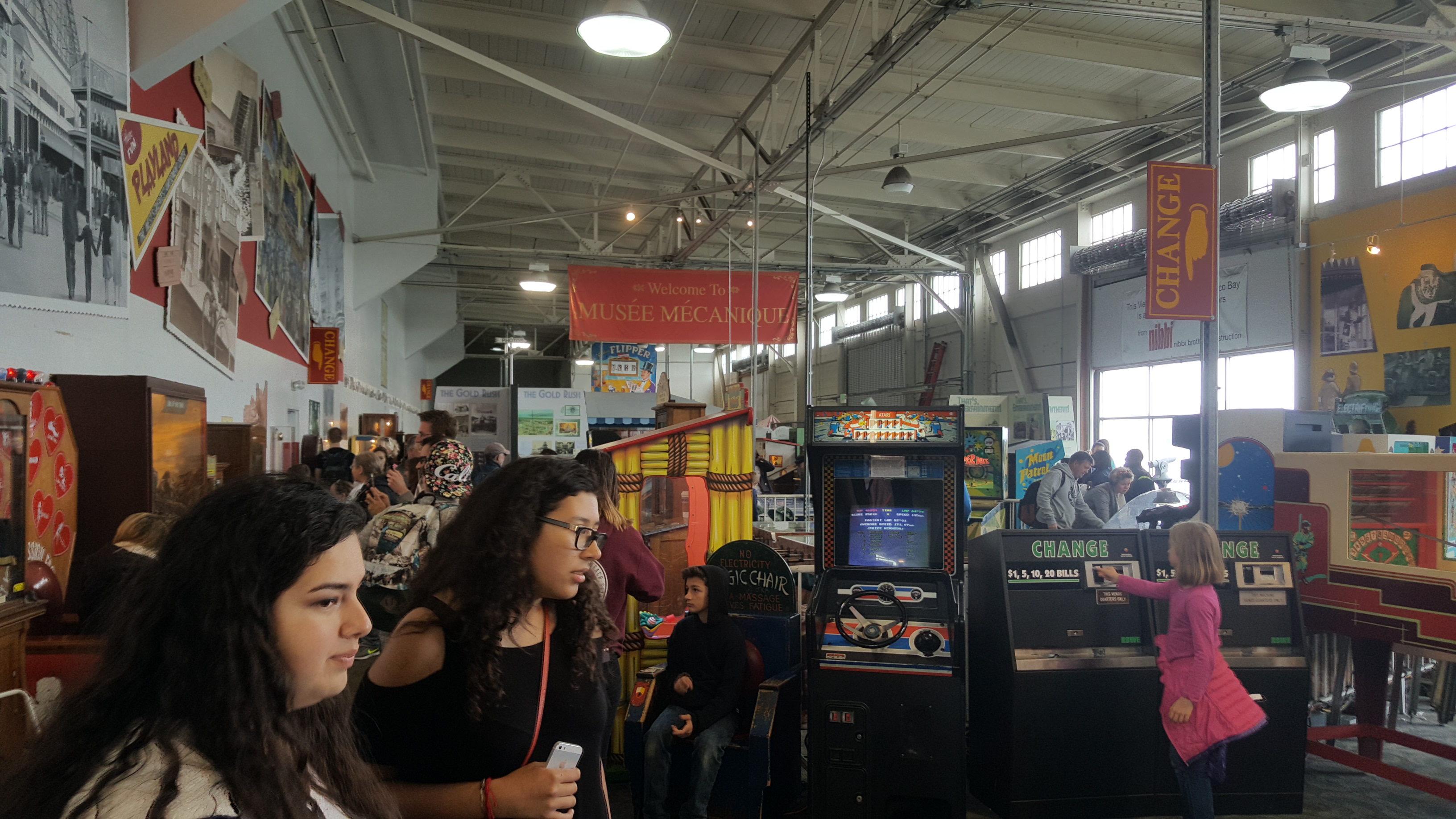 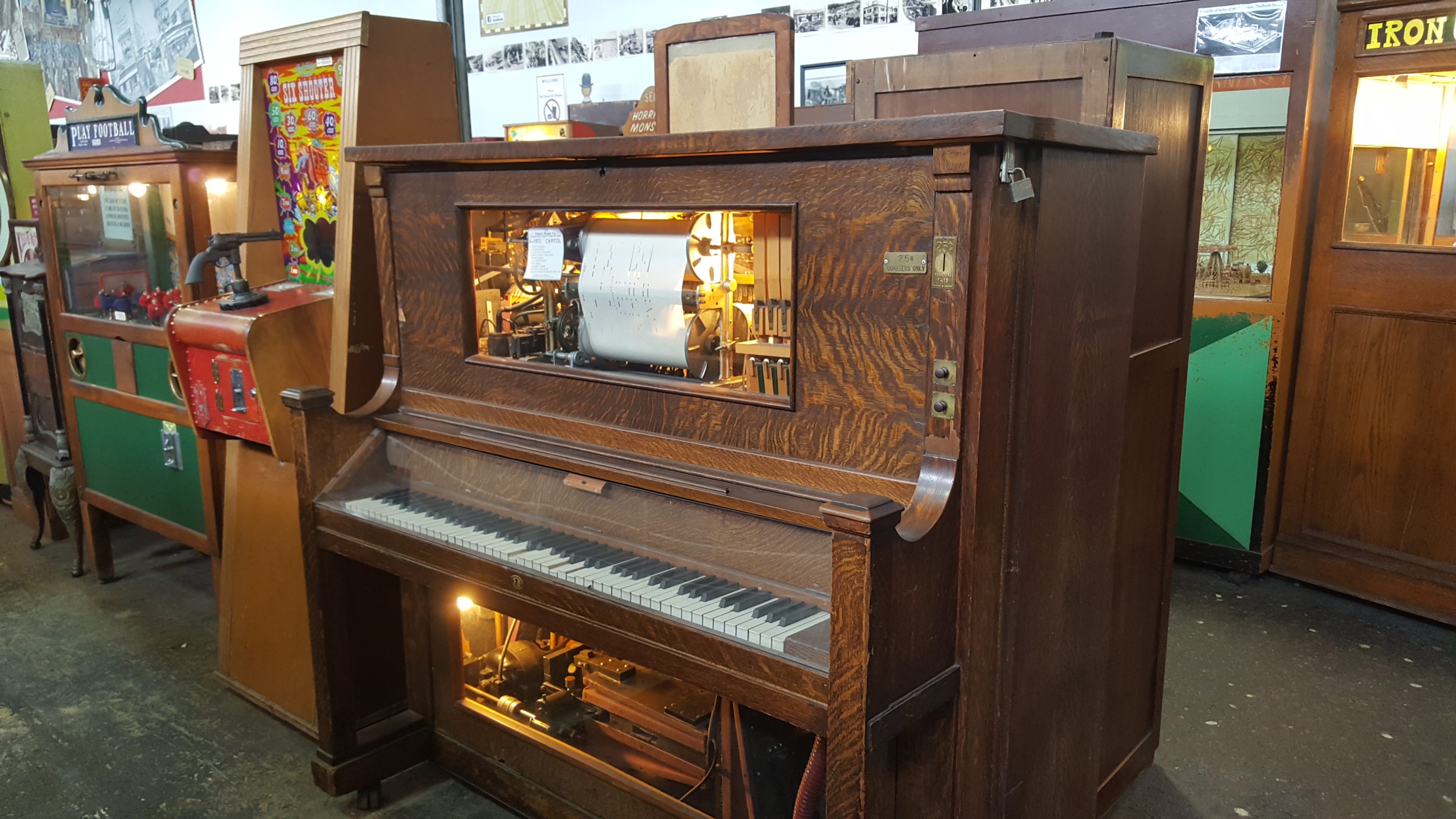 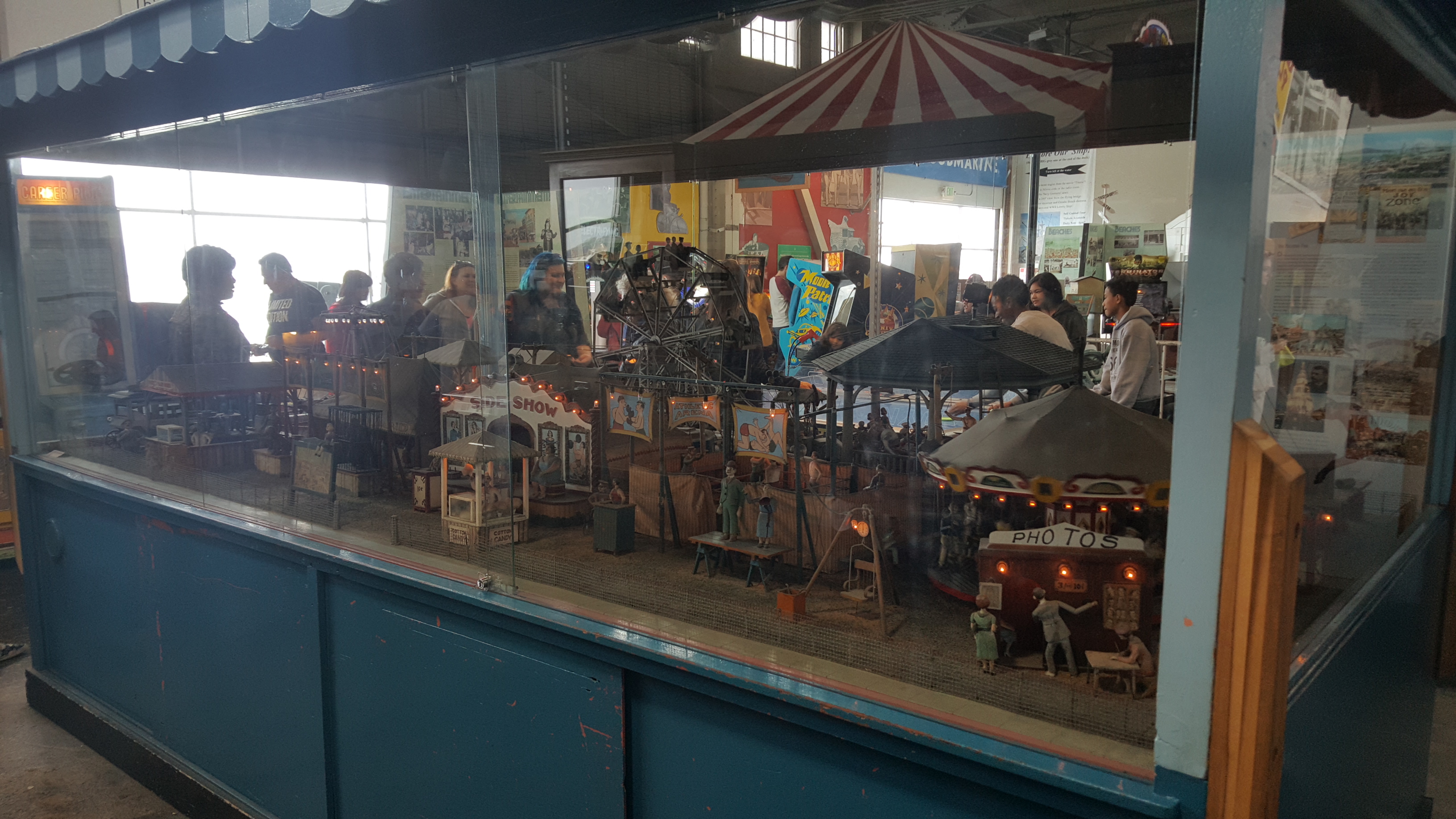 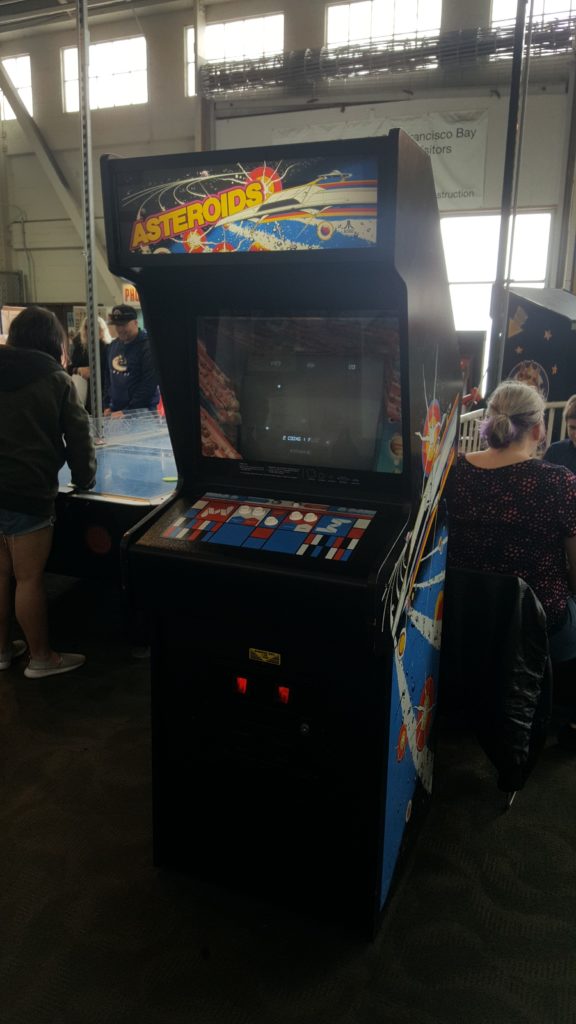 Then I moved to Ghirardelli Square (a former chocolate factory which was converted into a shopping center in the past decades) and to the Aquatic Park (with its semi-circular pier which gives a nice view of the Golden Gate Bridge). Eventually, once again the typical mega-queue prevents me from taking the cable car, but never mind. In any case, San Francisco streets are really amazing! 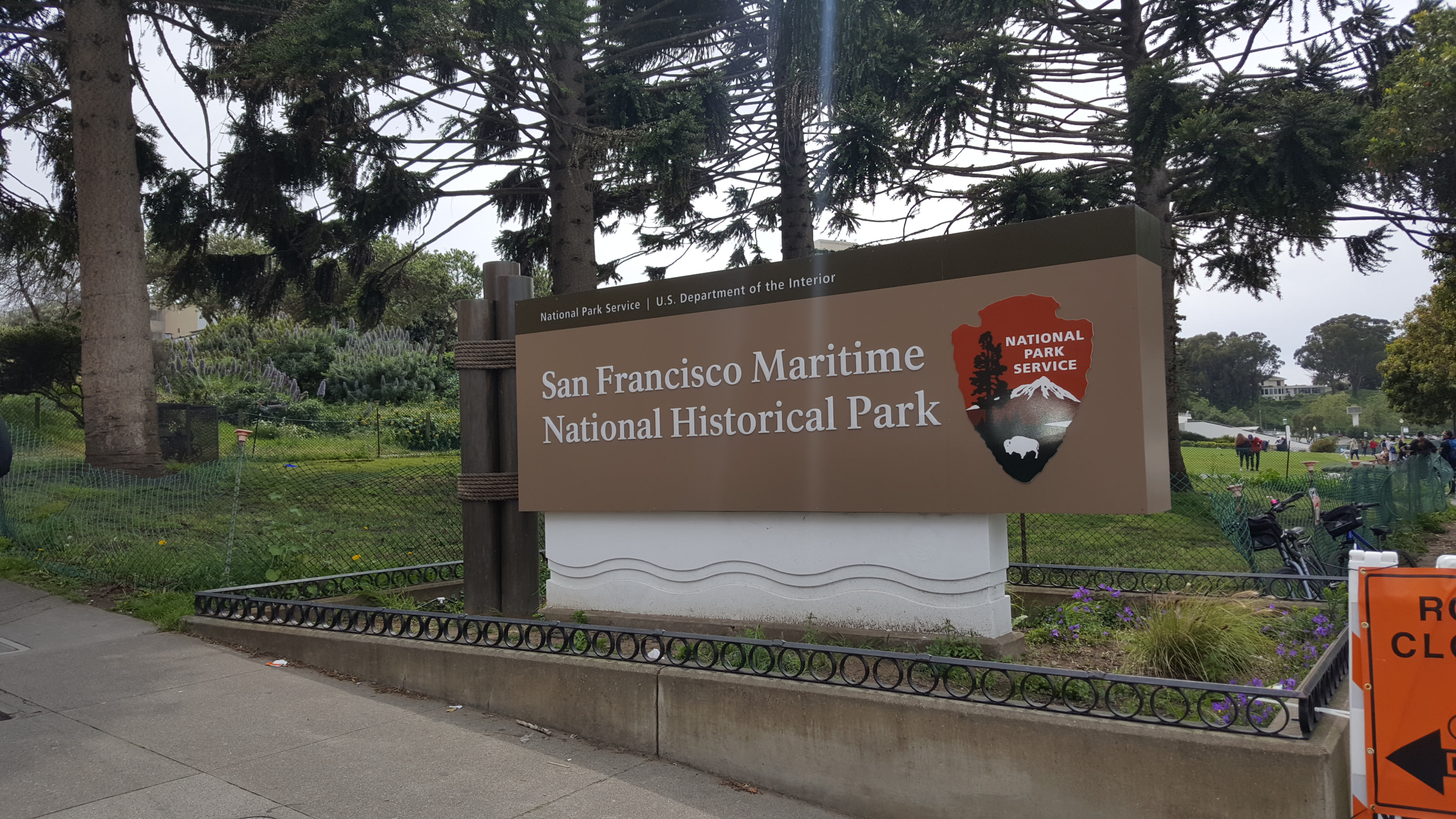 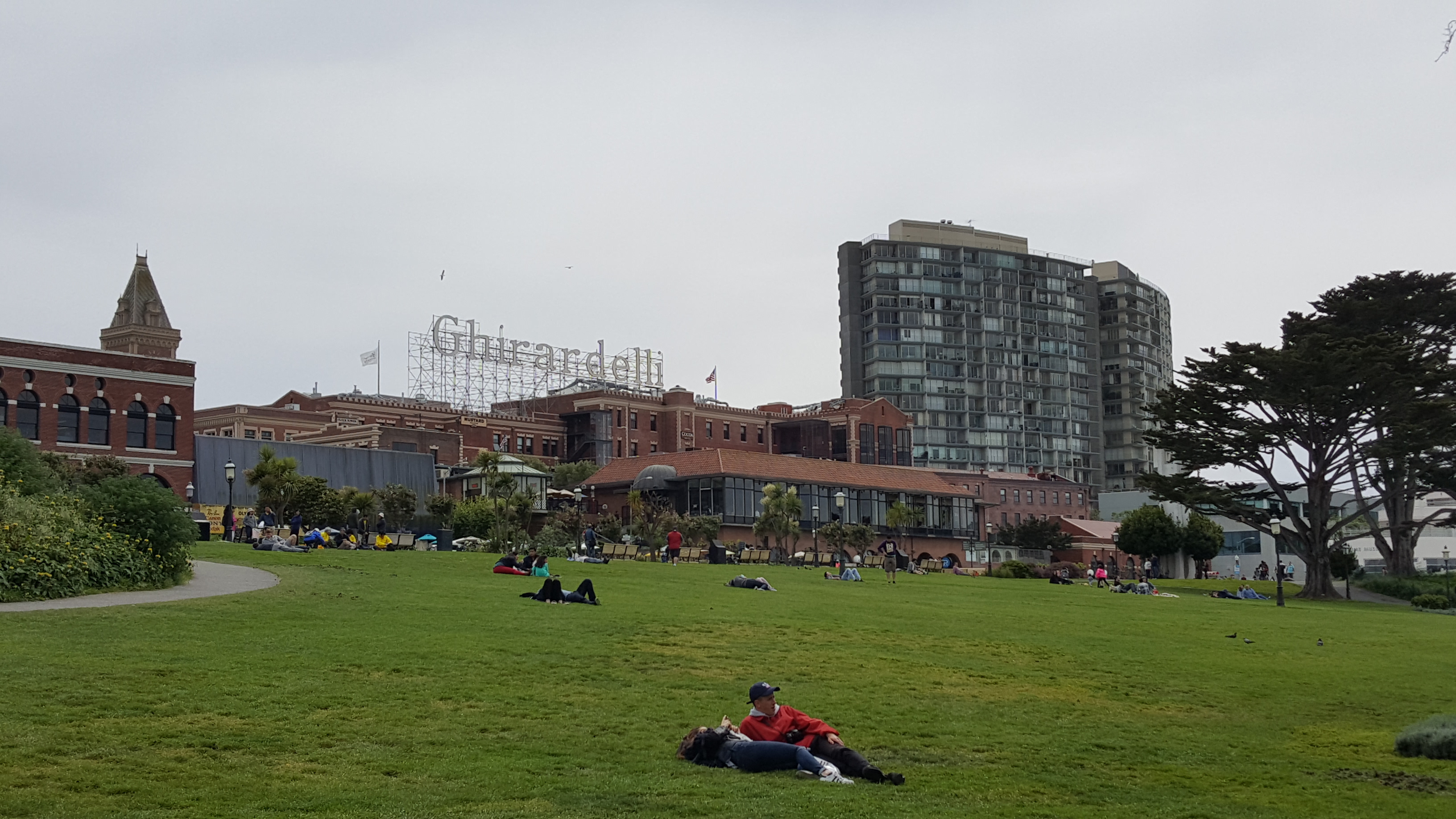 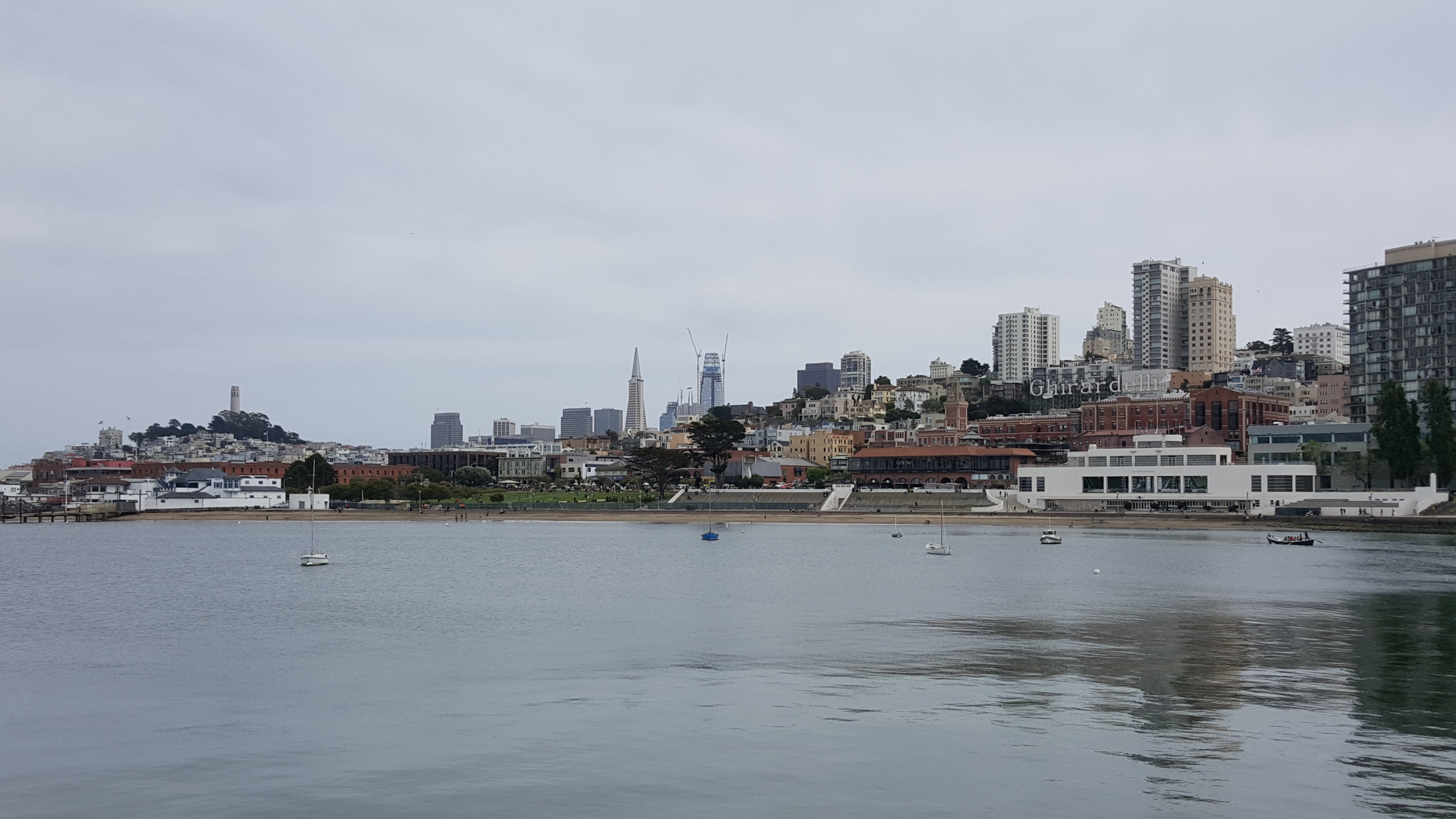 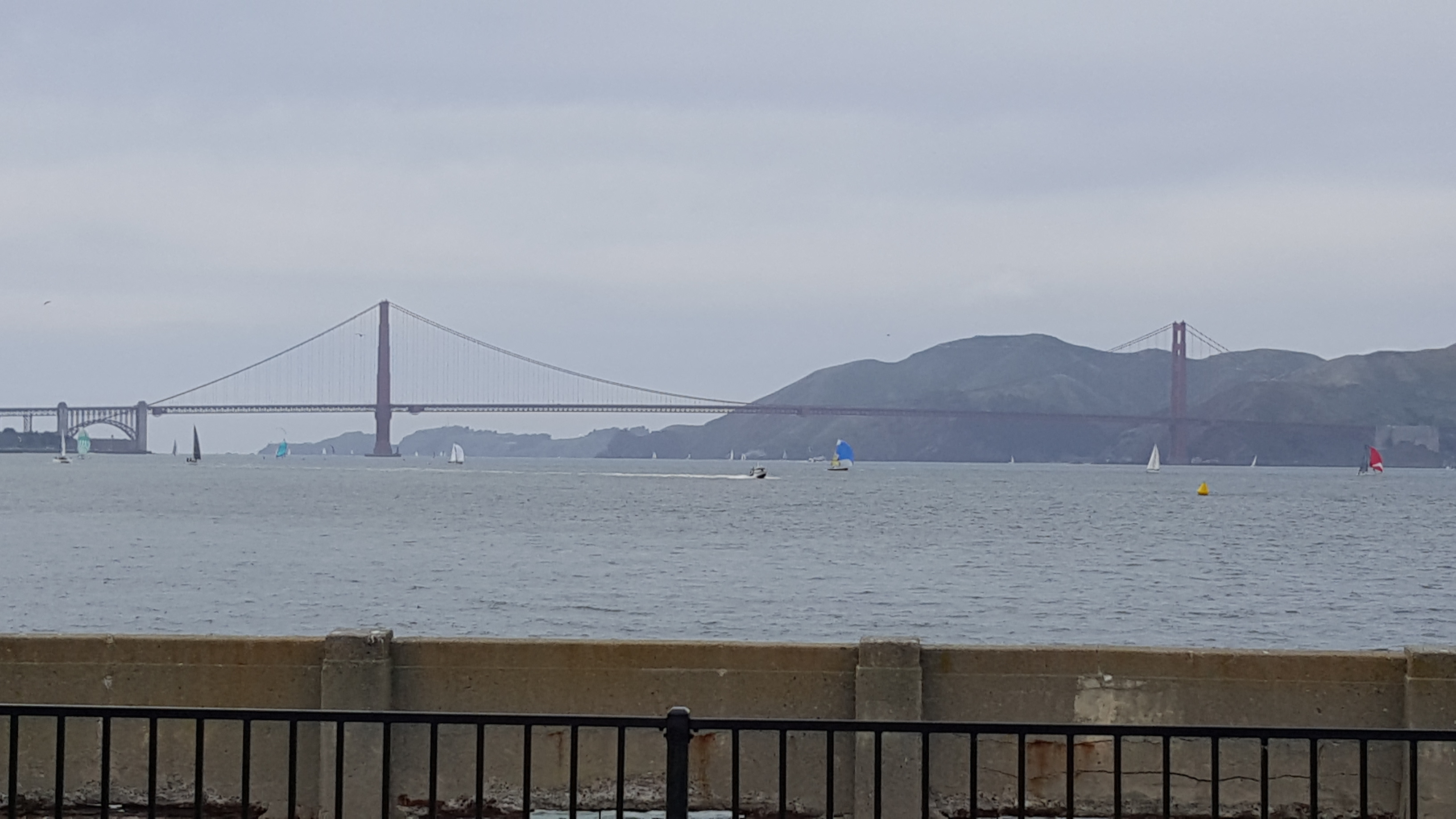 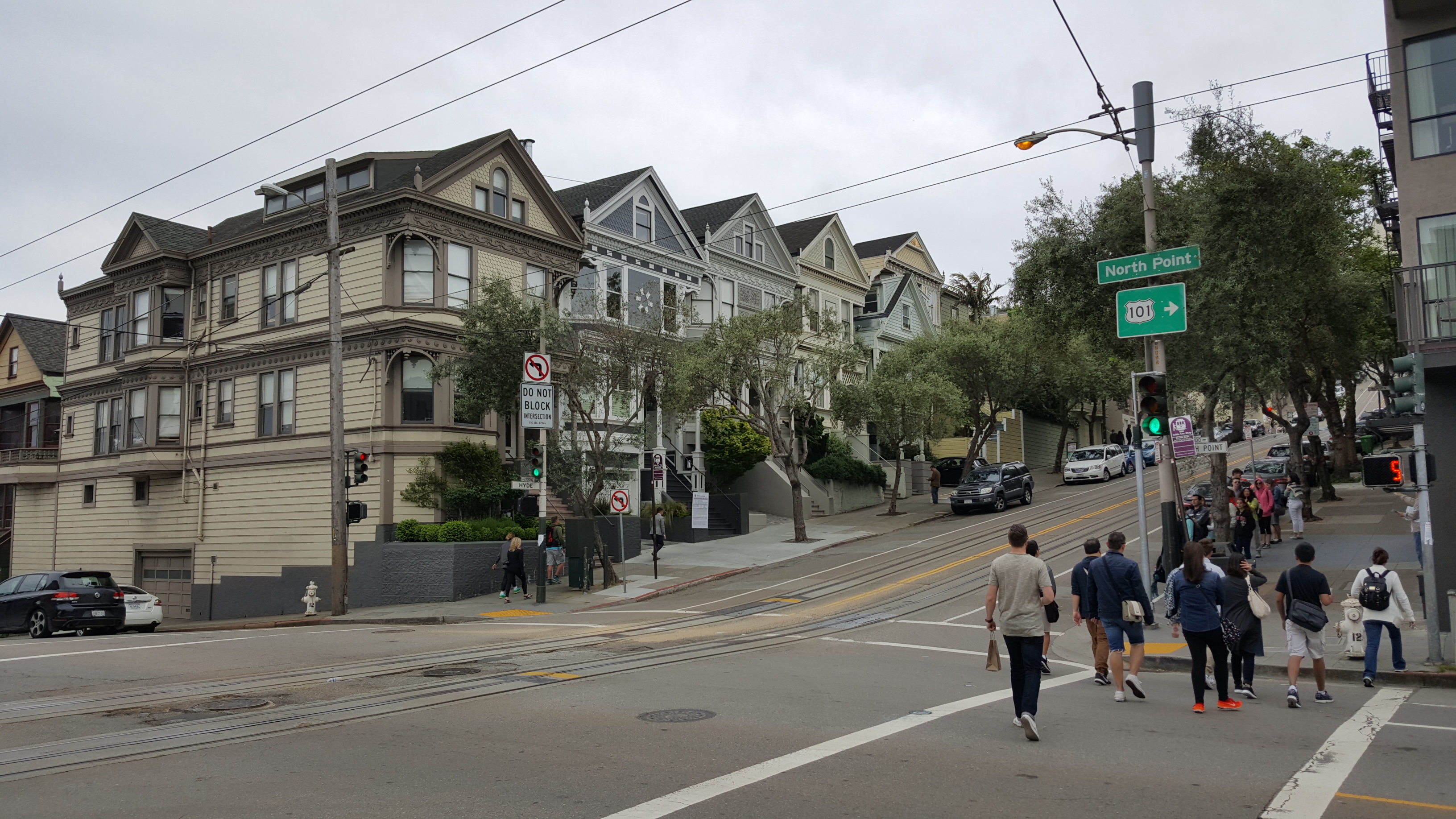 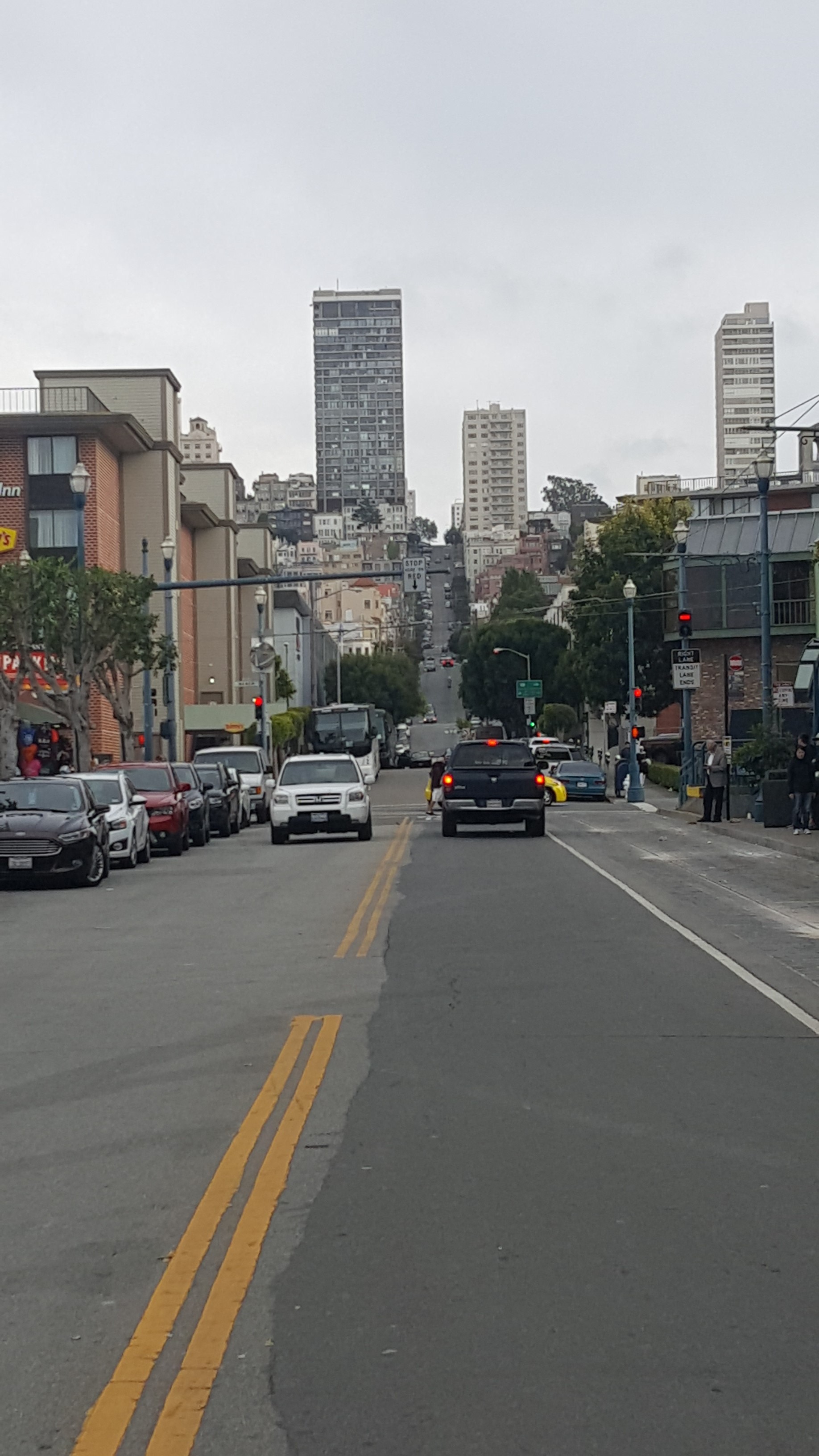 2 thoughts on “A busy Saturday!”