Last Saturday was the Commencement Day here at UC Berkeley. Many of you probably know better than me that when it comes to the Graduation Days, there are actually two phases: firstly there is a smaller ceremony organized by each department where diplomas are delivered to every single student, and then there is a campus-wide big ceremony which takes place at the Campus “football field”… which is indeed a 62k-seat stadium!

During this ceremony, diplomas are symbolically delivered to the students’ representatives, there are speeches, performances by some students, and so on. The core moment, however, is probably the keynote speech (the super famous “Stay hungry, stay foolish” speech by Steve Jobs was indeed the Commencement speech at Stanford in 2005). This year the speaker was the comedian and actor (and UC Berkeley alumnus) Maz Jobrani, who is Iranian-American (and I think that it is not necessary to explain the meaning of this choice, especially in such a “turbulent” year).

The ceremony lasted the whole morning and honestly I did not feel like following it entirely, but I did want to go there for some moments, just to give a look at the stadium and “breathe” the atmosphere of the event. Here are some pictures: 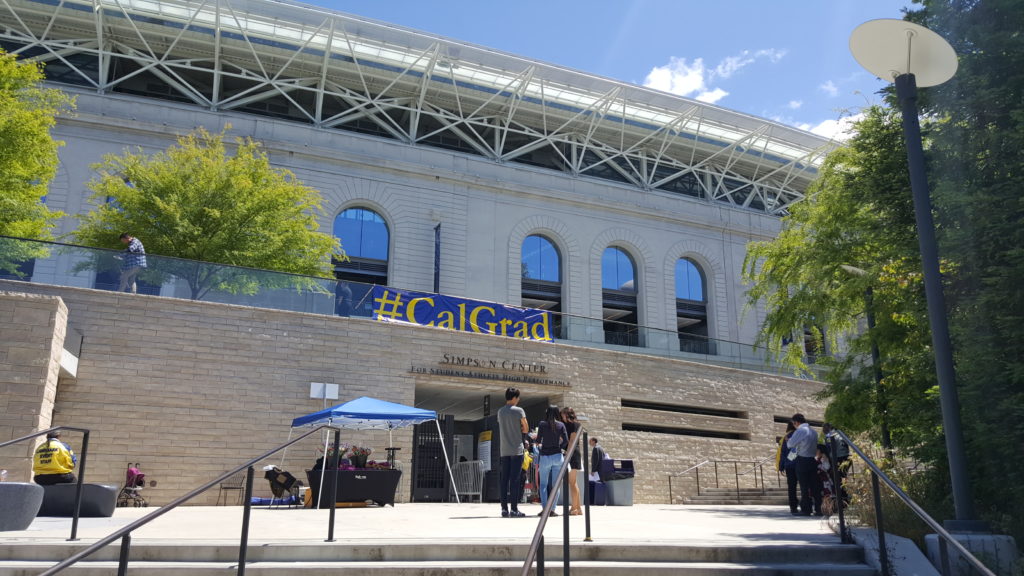 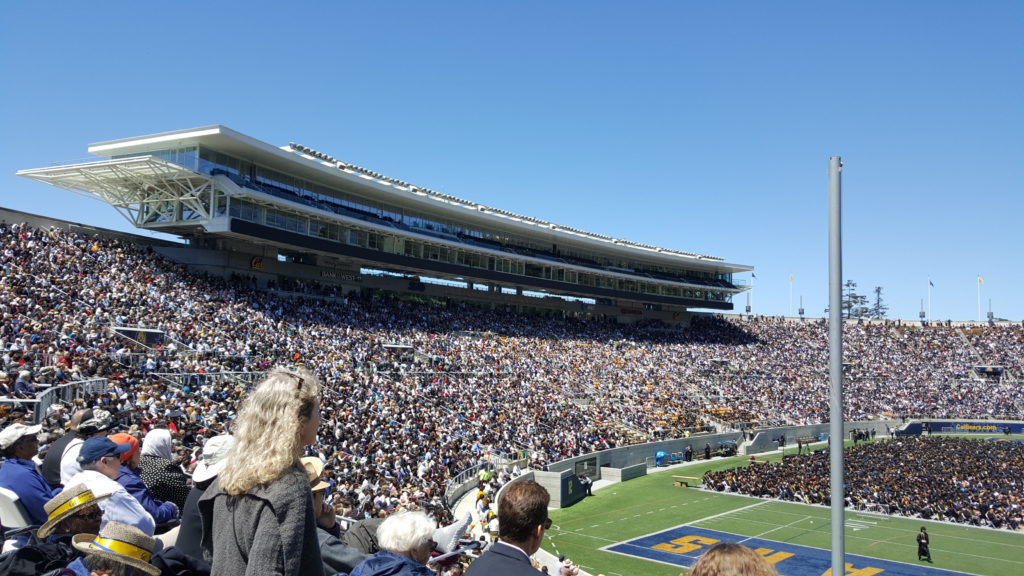 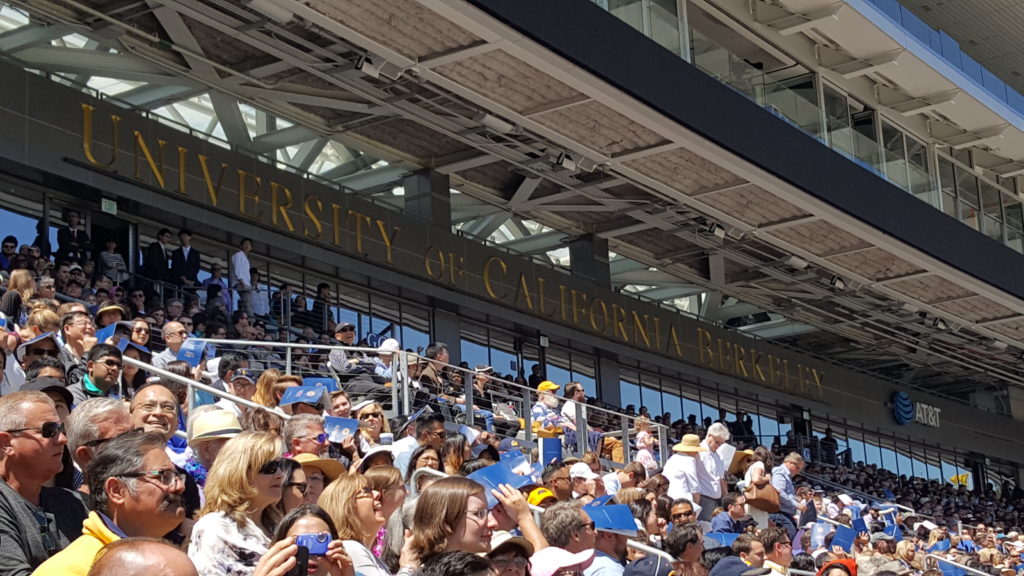 The stadium is located in the high part of the Campus, next to the hills, thus there is a great view over the Bay, including the Golden Gate Bridge of course. 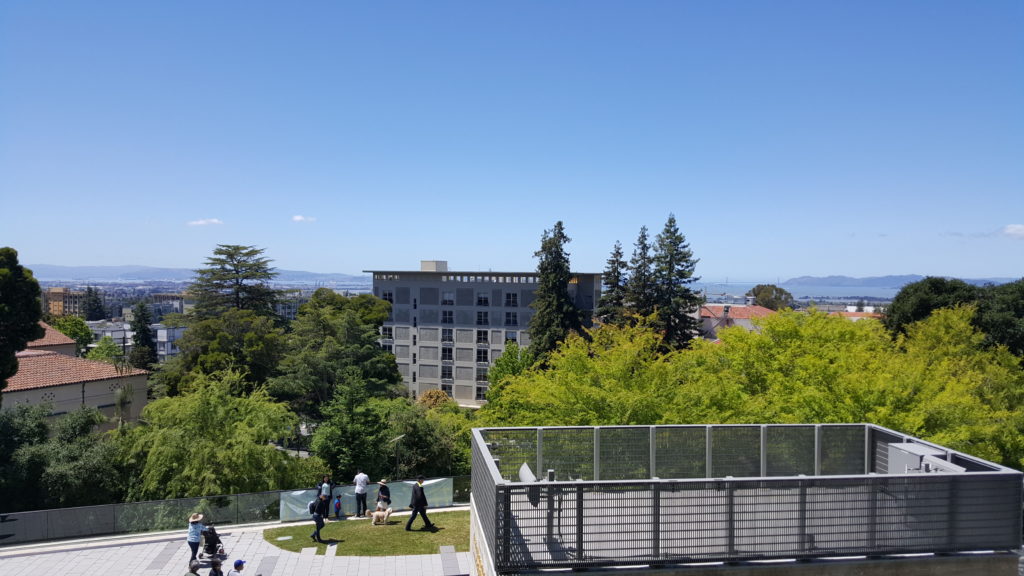 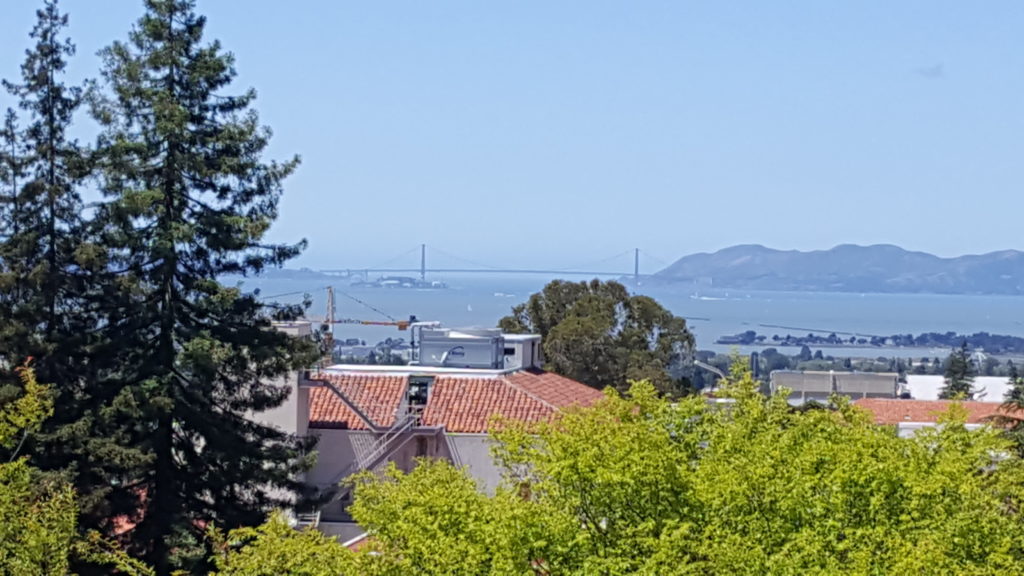 By the way, during the late morning and early afternoon I saw some singular scenes of mad rush: the academic year did end last Saturday and basically NO ONE lost one single second to go away! The consequences on the traffic, especially near the students’ residences, can easily be imagined… It looked like one of those apocaliptic movies when aliens are coming and everyone escapes in a great hurry! 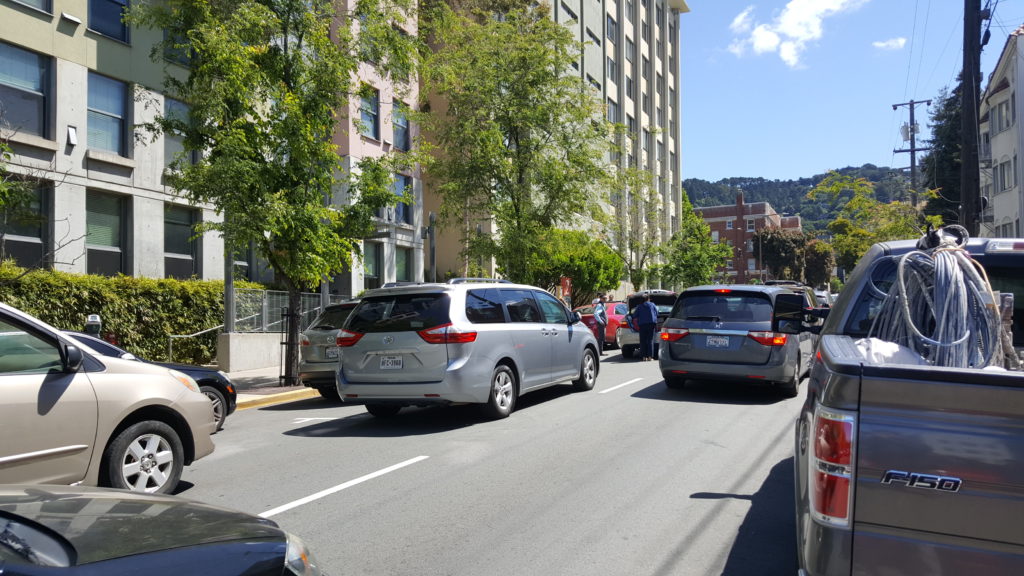 After all, summer has begun for students (exams are concentrated in the last weeks of the semester: there are not summer sessions) and  they justly go back home. However, it has been quite curious to witness the whole process taking place in so few hours!

For those who have not finished their degree courses (and do not attend any other of the summer courses organized by the University), the appointment is now fixed to August 16 for the beginning of the new academic year!