Italian afternoon yesterday in Alameda! This town, not too far from Berkeley – which by the way gives the name to the county comprising the East Bay communities (including Berkeley) – hosted in fact the second edition of the Italian Street Food Fest. The “gnocco fritto” was the protagonist of the day. The “gnocco fritto” is a typical product of the Emilia-Romagna region and is essentially a fried batter (fritto means fried in Italian) which is served with prosciutto, ham, salami, cheese, salad … whatever you like, basically!

As you can imagine, here in the US I have become even more sensitive to food, so I could not miss this chance of tasting some delicious Italian specialities 🙂 I went there with Riccardo, an Italian friend of mine here, and I was sure that I would find many others of my Italian friends here in Berkeley and San Francisco. And indeed I found many of them… committed to preparing the gnocco! A lot of the Italian guys that I know, in fact, decided to give a hand for the event. This is really praiseworthy also because the event was organized in cooperation with Food Shift, a nonprofit based in Alameda which develops initiatives aiming at reducing food waste, alleviating hunger, and much more in the food field.

Here are some photos of the event: 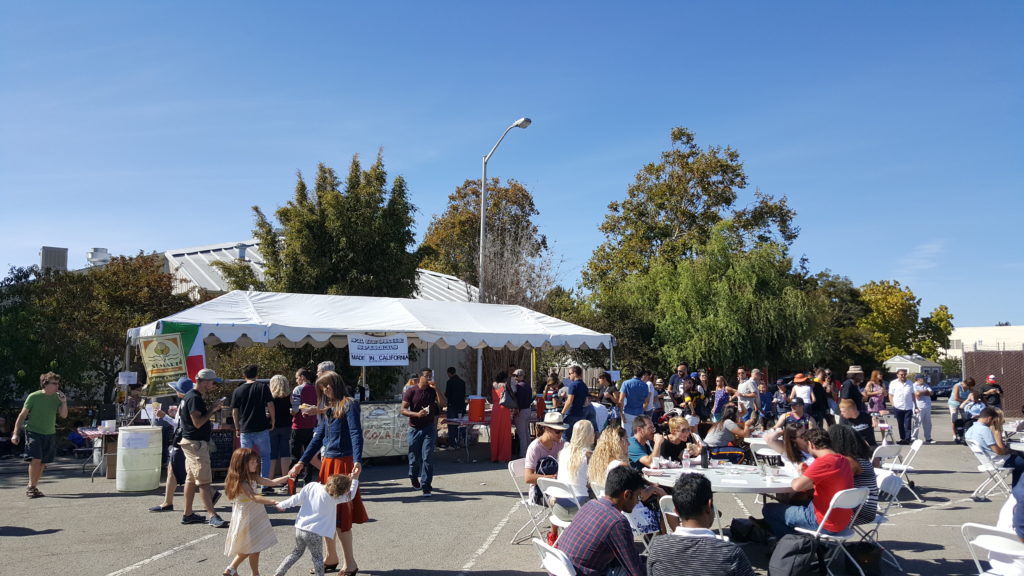 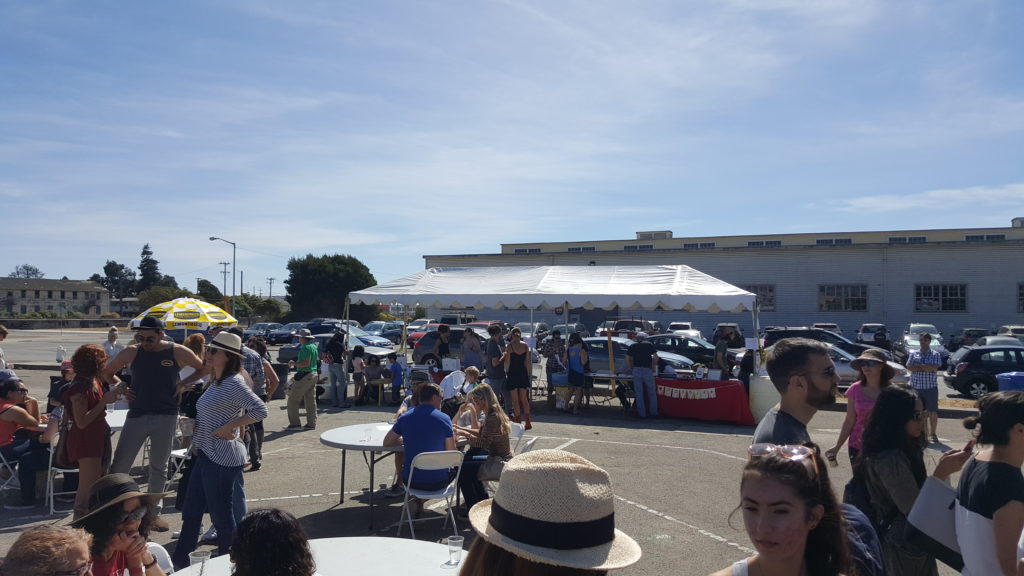 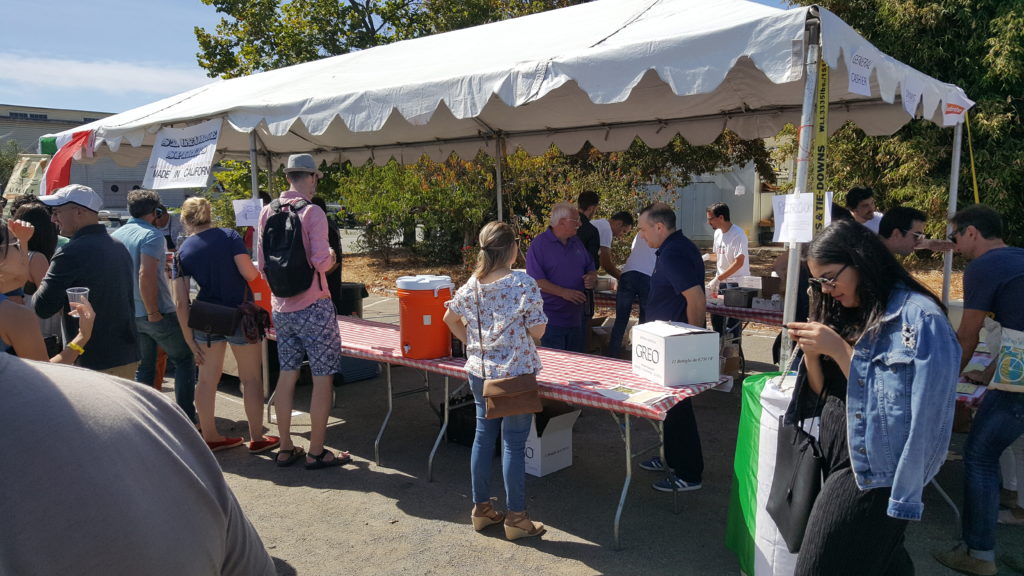 Some Italian music could not be missing, obviously: 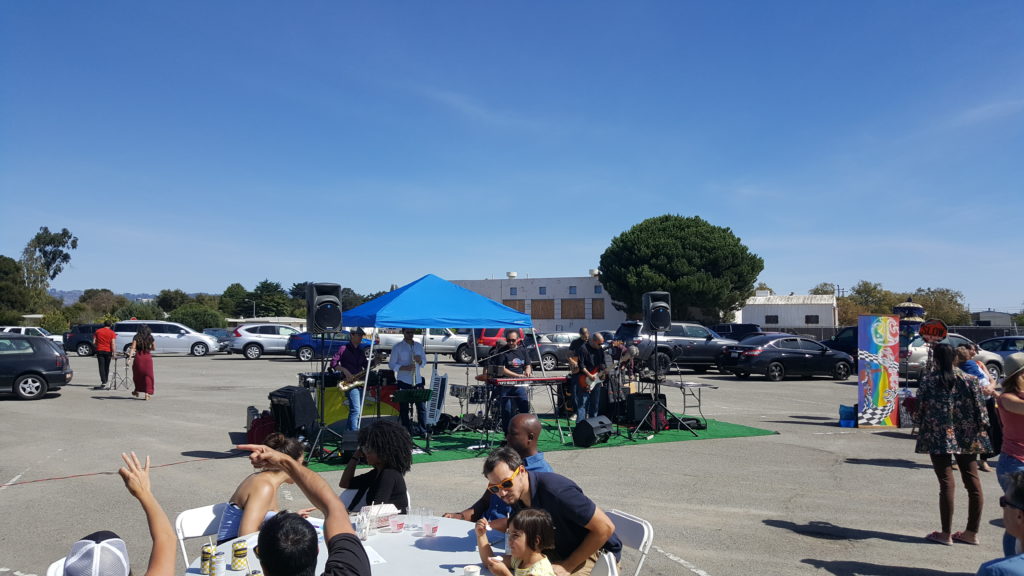 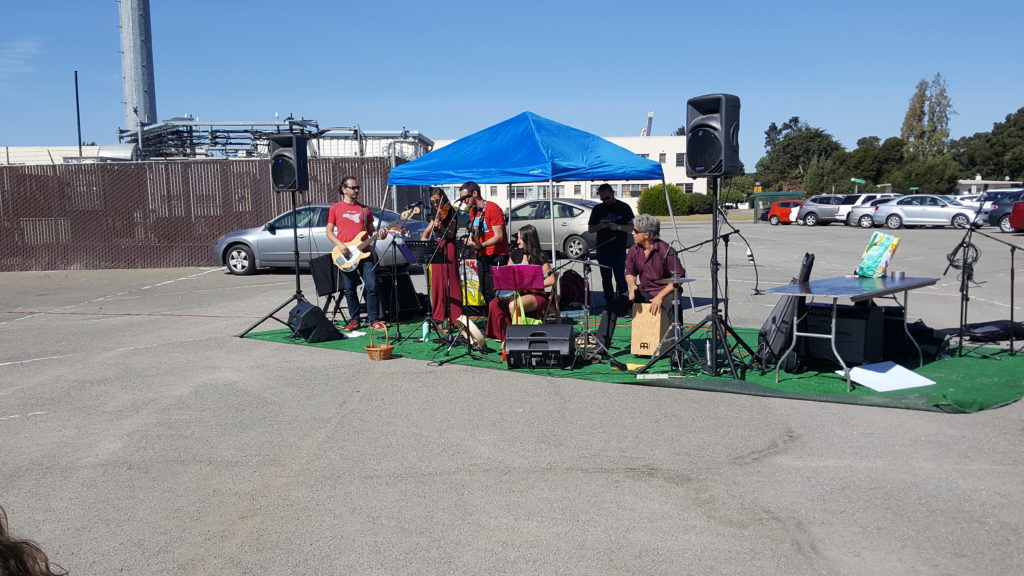 I forgot to take a picture of my dish, unfortunately. Probably I was to hungry after the very long queue 🙂 Well, I borrow the photos from the event’s webpage! 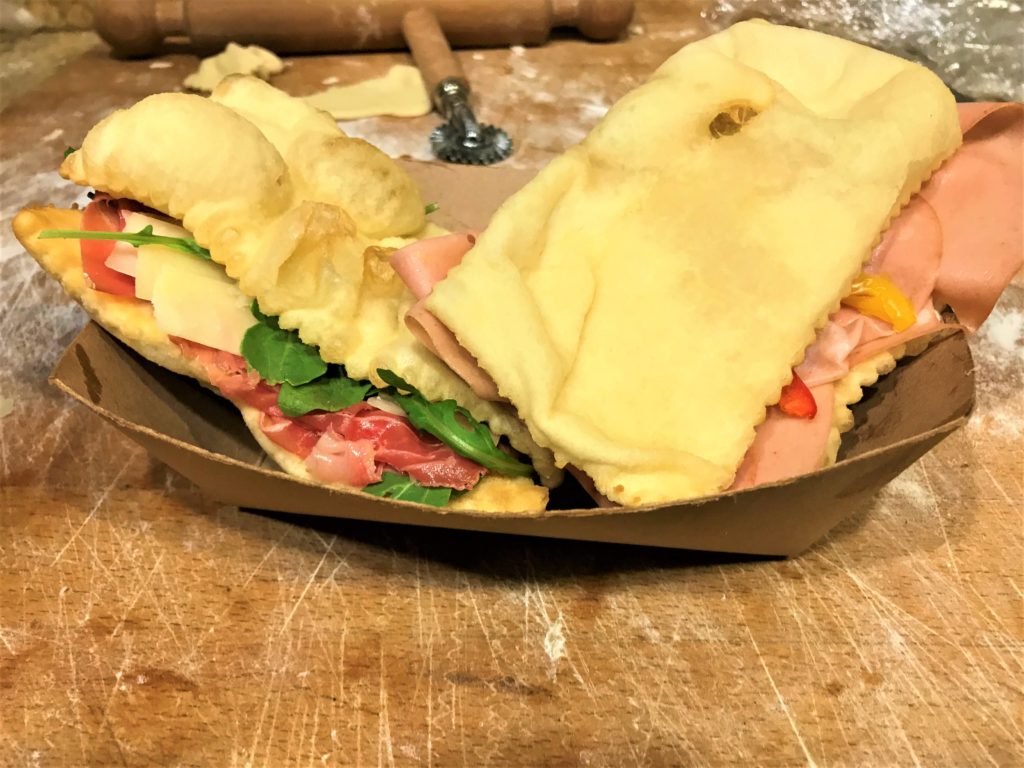 Honestly the location was not exceptional – it was essentially a parking lot next to a former military base – but it eventually turned out to be very useful. In fact at some point Riccardo and I decided to have a walk towards the sea, which was nearby. We were accompanied by Francesco and Ugo, two Italian guys who work here for LinkedIn and Tesla.

Just a couple of pictures of San Francisco from the seashore: 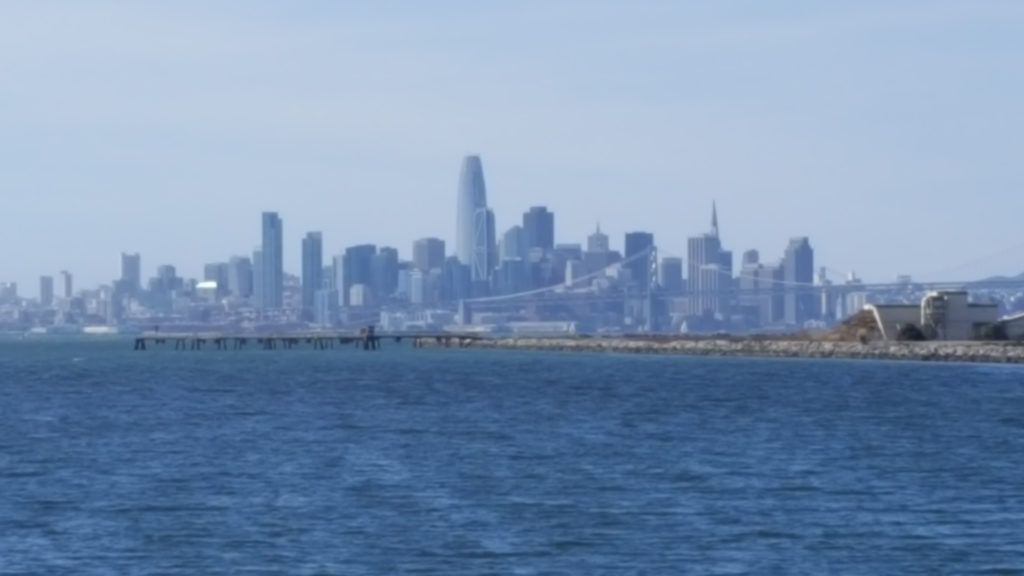 In particular, we moved to the pier where, among the other ships, one can find the USS Hornet, a WWII aircraft carrier which has now been converted into a museum. 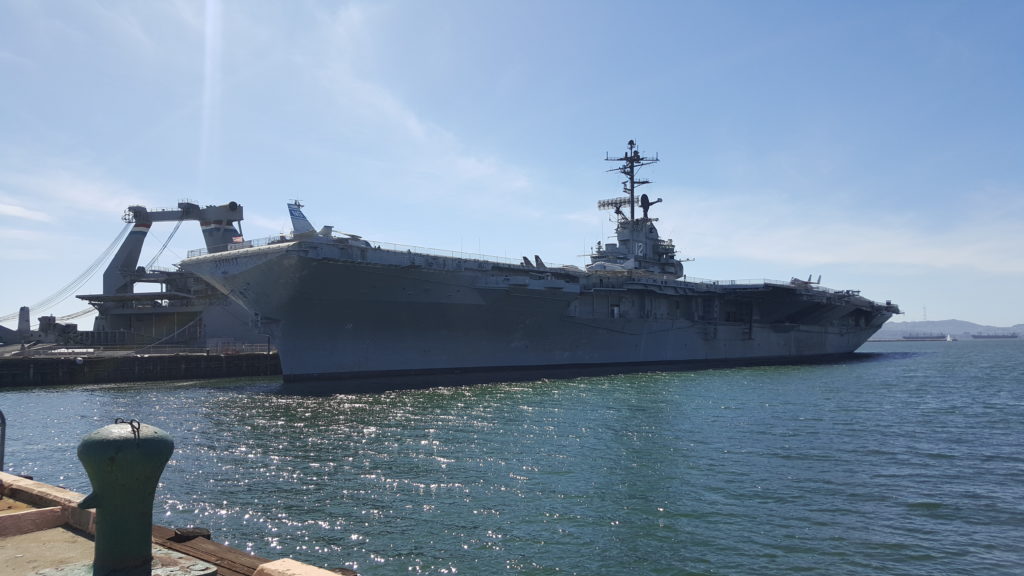 The idea of visiting the ship stimulates our curiosity for a moment, but it is quite late: maybe next time. Thus, we decide to go back to the Fest… also because ice cream is included in the menu 🙂

Bottom line, it was not an extraordinary event, but this is one typical example of “everyday life” of the Italian community here in the Bay (just like all over the world, probably) which is always nice to take part in!