Last April 15, after the typical Saturday’s chores, I decided to pop over to Oakland. It was quite late to go to San Francisco, in fact, but I had some hours that had to be used. So I had decided to give a look at the main city of the East Bay. Indeed, in general Oakland does not have a great reputation, but I was told that the situation has improved a lot over the past years, and my National Geographic guide also claimed that it deserved a visit. So Oakland it is, I had said to me.

Now, you are probably wondering why I am talking about it after seven months (… gosh, seven months?!). Actually, also due to the fact that there was nothing particularly exciting to tell (as you will see), I had not immediately written the relevant post. Then one or two weeks had passed by, and in the meantime I had written posts about other topics. So at that point I had decided to keep this post as a reserve for the periods when I would happen not to have much to tell. In the last days I did not do anything special, plus my year here in the US is about to come to conclusion, therefore the perfect occasion for talking about that Oakland’s Saturday has finally arrived.

My afternoon had obviously begun with some hitches. In fact – I would say as usual – a big protest took place in Downtown Berkeley on that very day, which resulted in a temporary closing of the BART station. I say “as usual” because 2017 is being a quite “animated” year for Berkeley, in terms of riots, protests & co. A Wikipedia page has even been written! In any case, no problem: let’s take a bus and get to the following station.

My stroll had begun in the “historic” neighborhood, i.e. the area of the city built around mid-19th century. Apart from some “normal” buildings looking onto the streets, there is a dedicated park, called “Preservation park” (quite self-explaining name, I guess), where a number of Victoria-style houses can be admired. 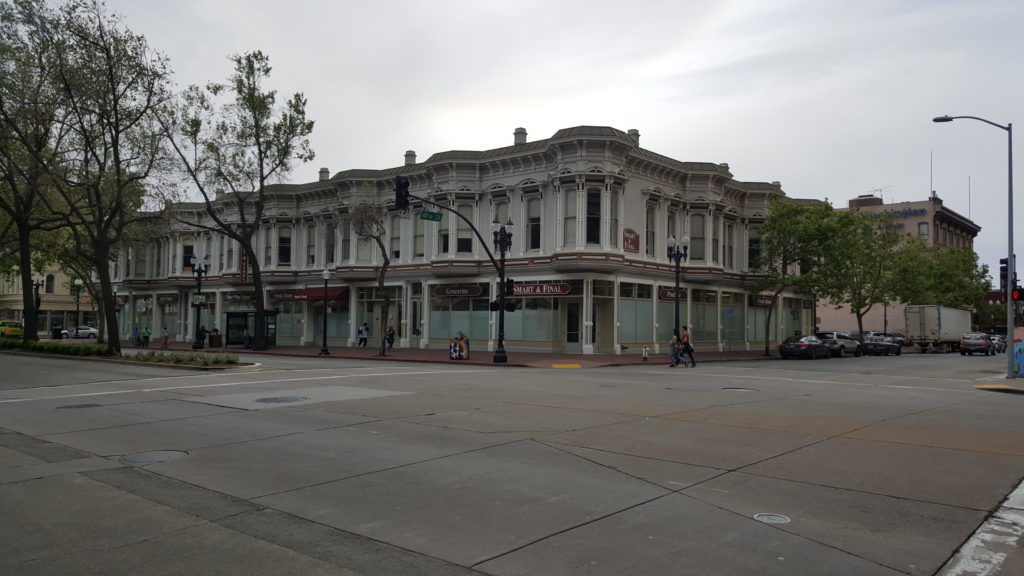 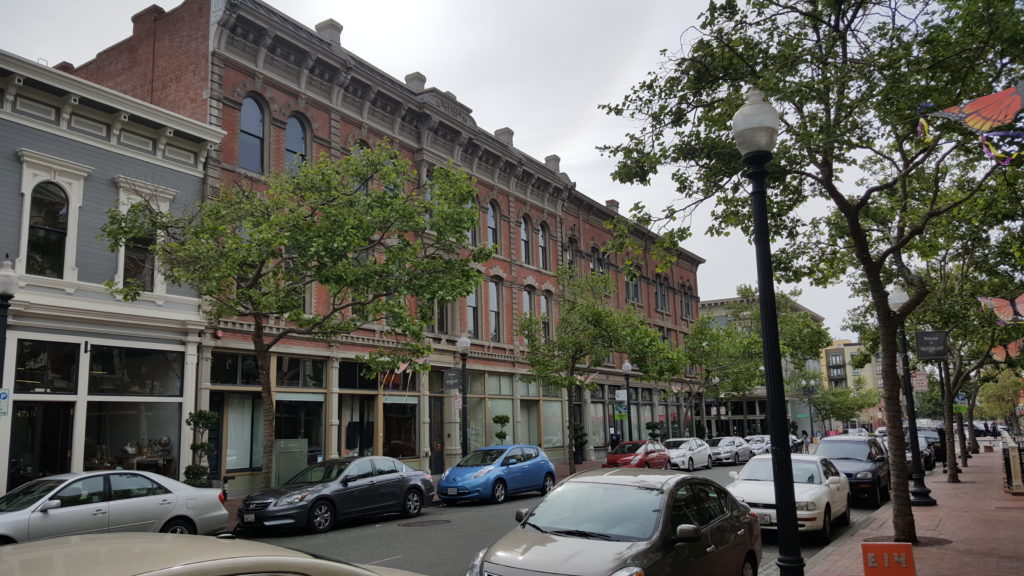 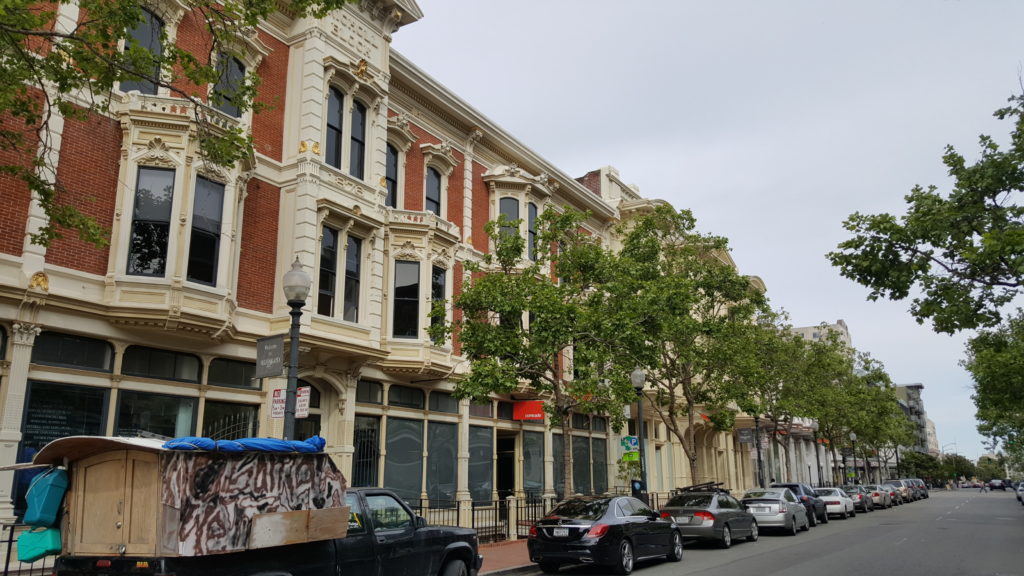 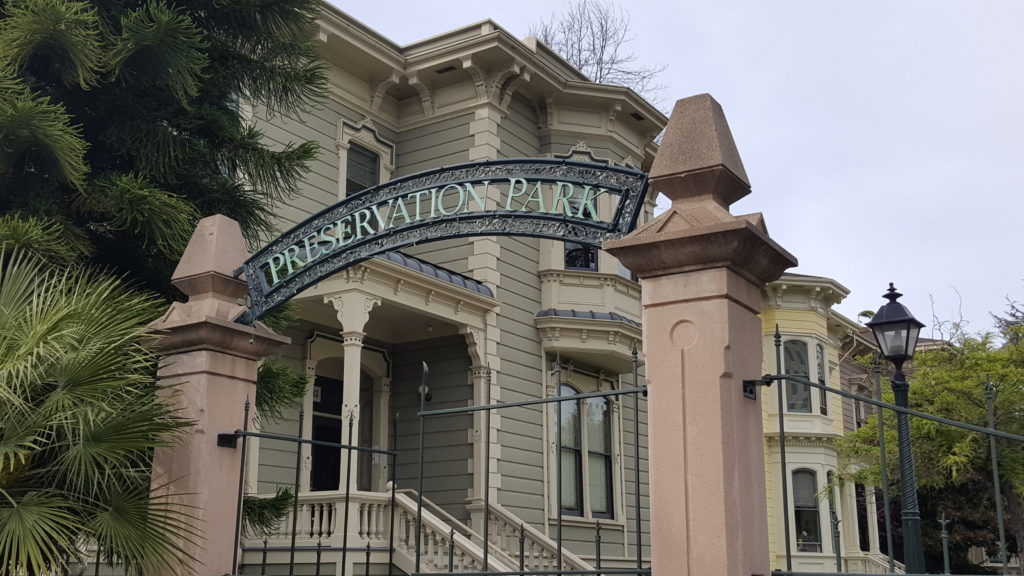 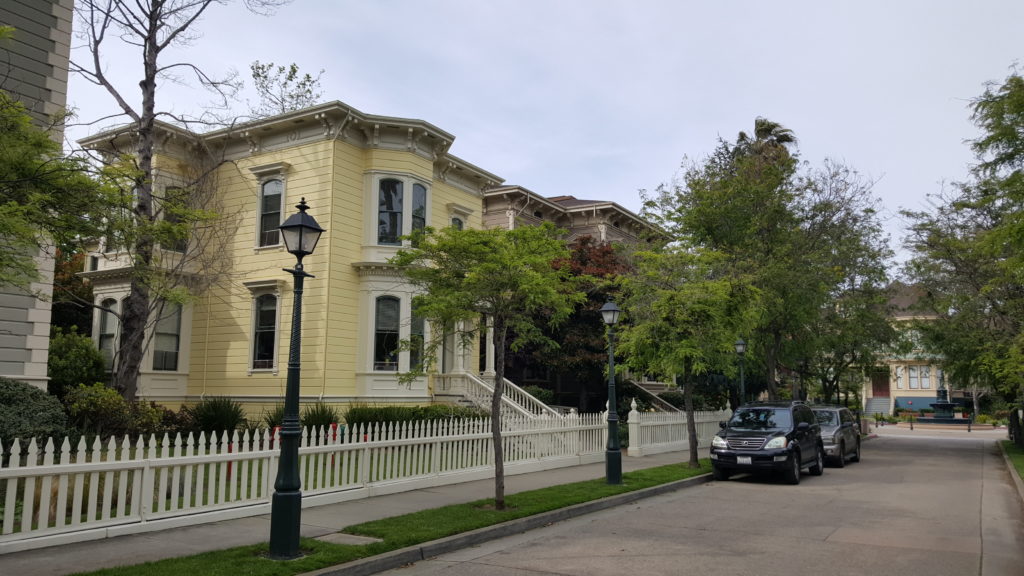 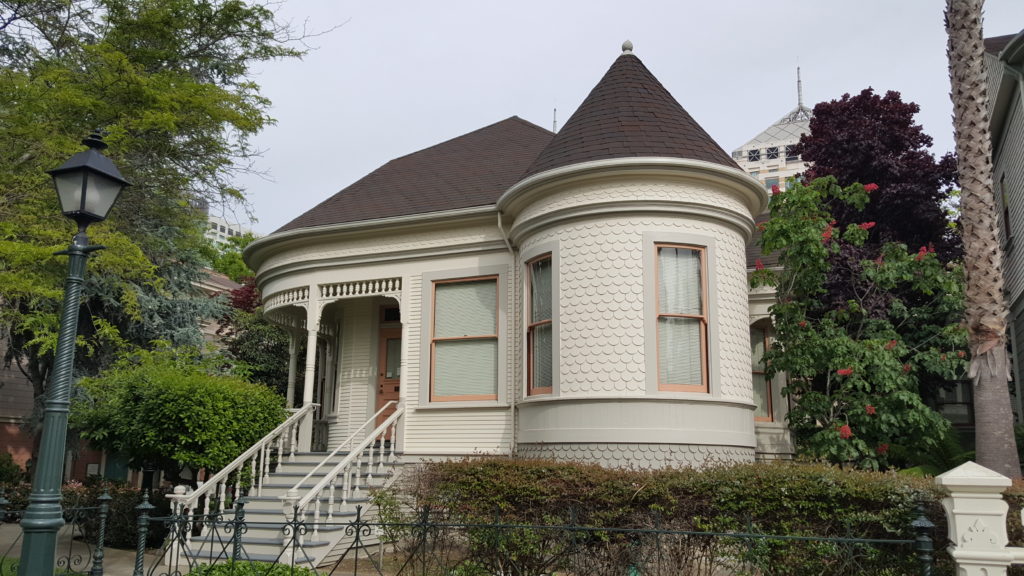 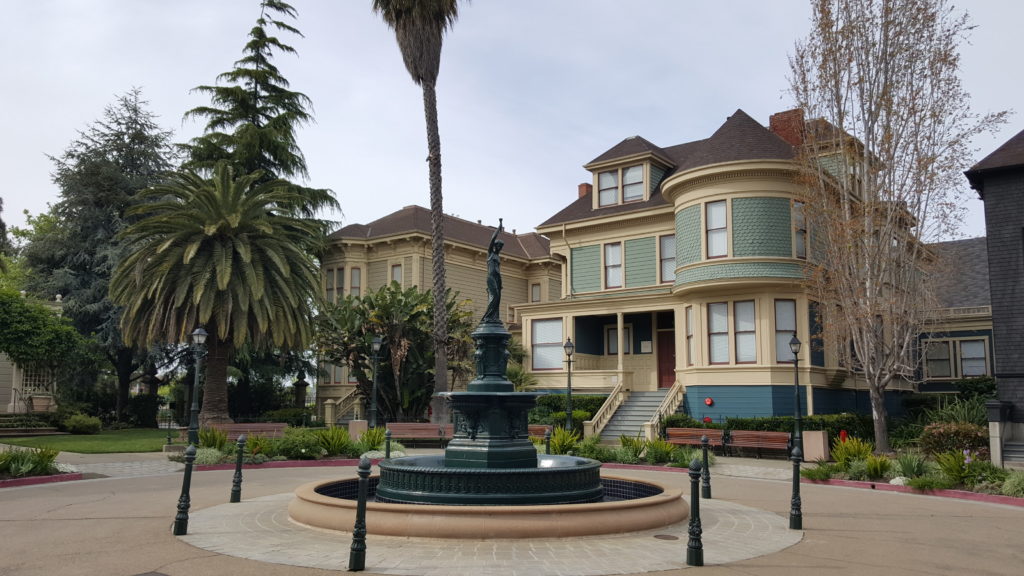 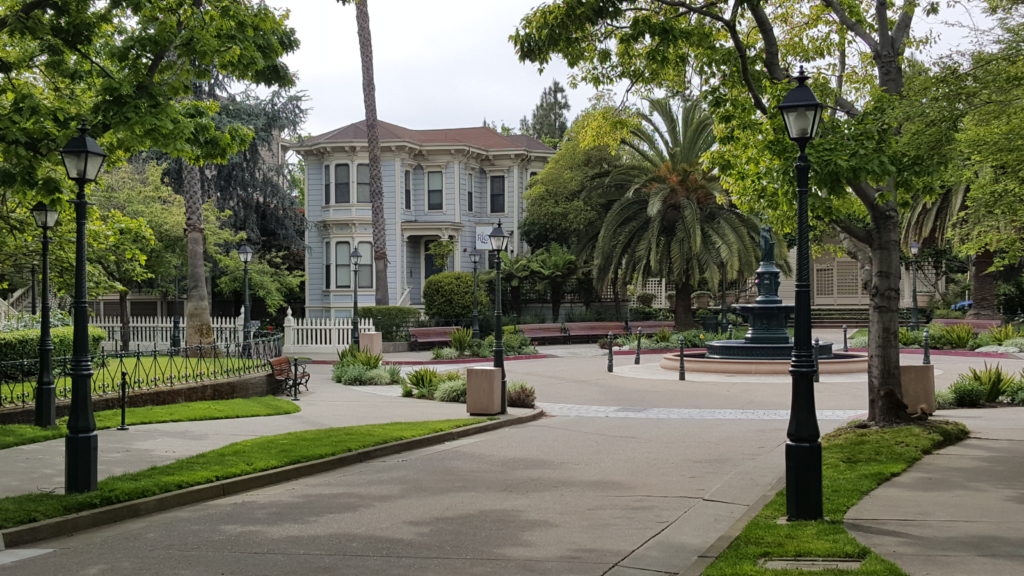 The park is indeed nice and interesting, but I have to say that I am feeling quite uncomfortable. From the BART station to the park I basically saw no one around, although I am in downtown – or maybe precisely because I am in downtown, that apparently empties at weekends – and the whole area does not instill tranquility (euphemism). 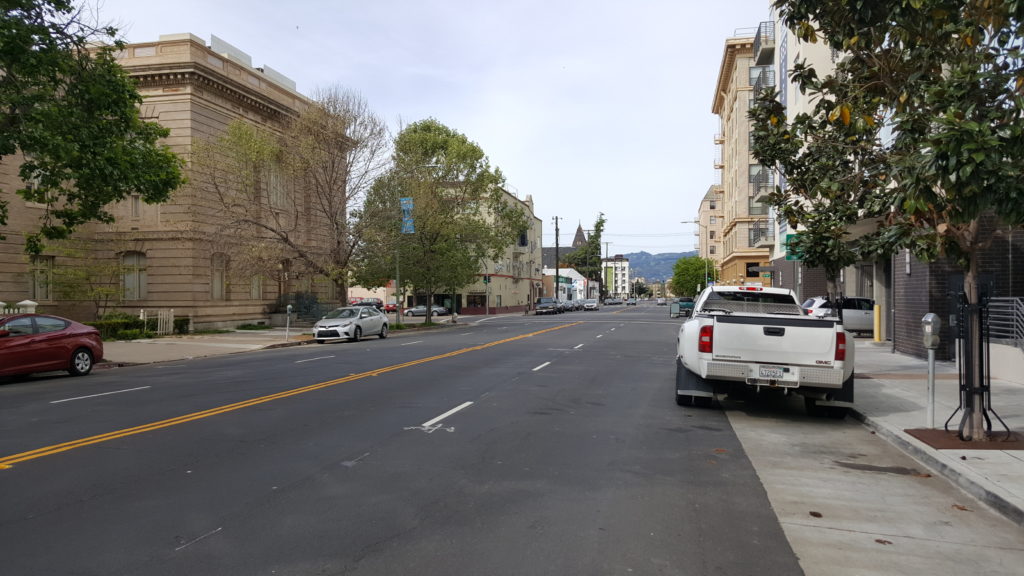 However, I head the central part of downtown, i.e. the area with the skyscrapers and the City Hall. This building is indeed nice, but there is a real and unpleasant desert around me… 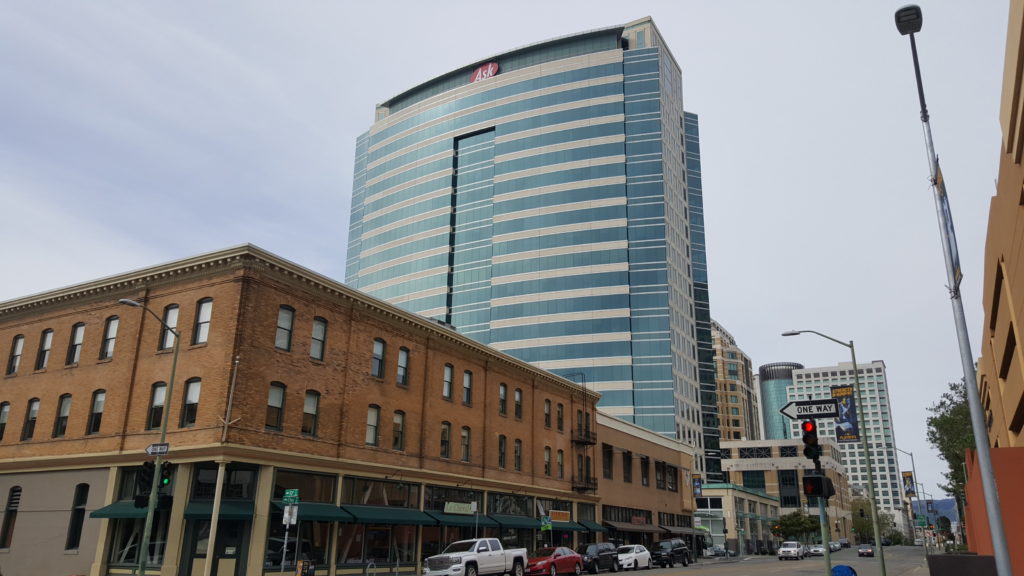 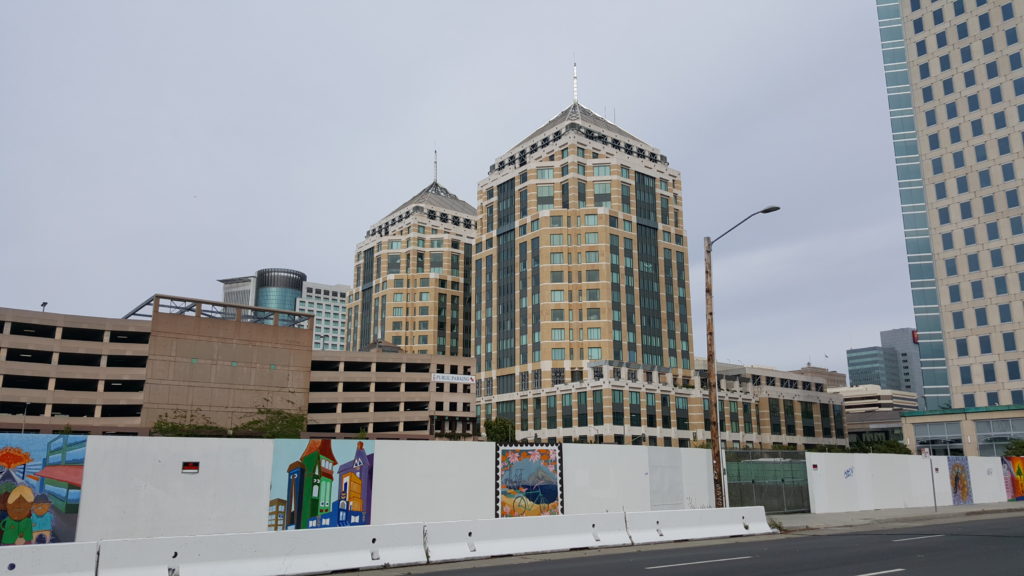 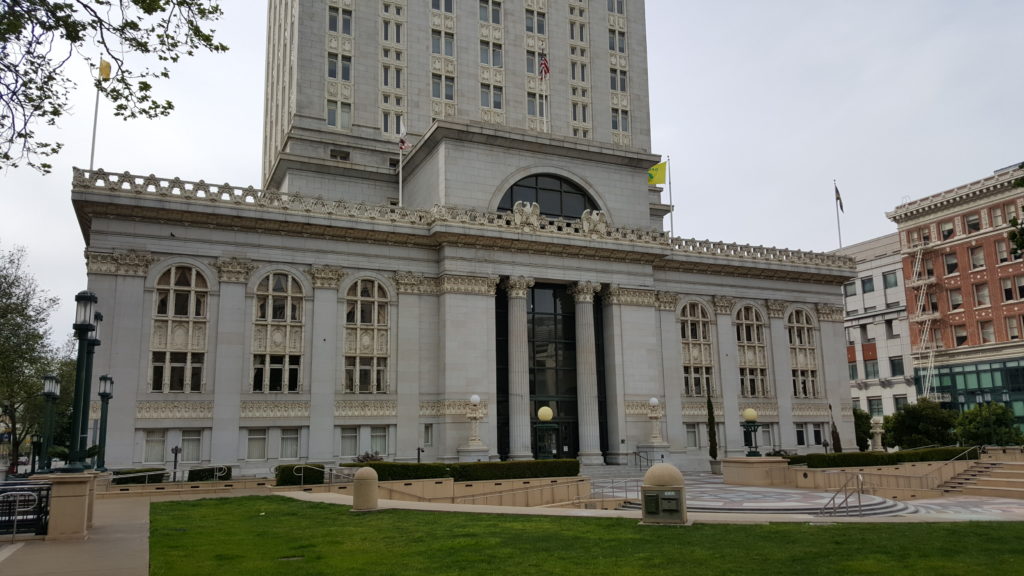 So I decide to move towards the main part of my visit, i.e. Lake Merritt, that is a small lake close to the city center. It takes a some 20/25-minute walk to get there, and I must say that my feeling of discomfort grows. I start seeing uglier buildings, bad faces along the streets… a kind of Tarantino movie atmosphere! I cannot say that I am scared, but it has essentially been the only time in my whole American year when I was not fully comfortable. Along the way, I stop in a McDonald’s to rest a bit and (above all) to charge my phone: after seeing the Lake Merritt I would like to go home calling a UBER, and I need the phone to be fully operational (UBER consumes more than a steel mill).

However, here I am at the lake. I must say that I remain quite disappointed. Sure, the lakefront is not bad and fortunately the environment is better than the previous areas. There are even some people jogging, but the panorama is not so special. Maybe it is due to my mood that has progressively worsened during the day, but the lake does not give the impression of being the “jewel of Oakland” as it is described in this webpage (well, maybe it is if compared to the rest!). 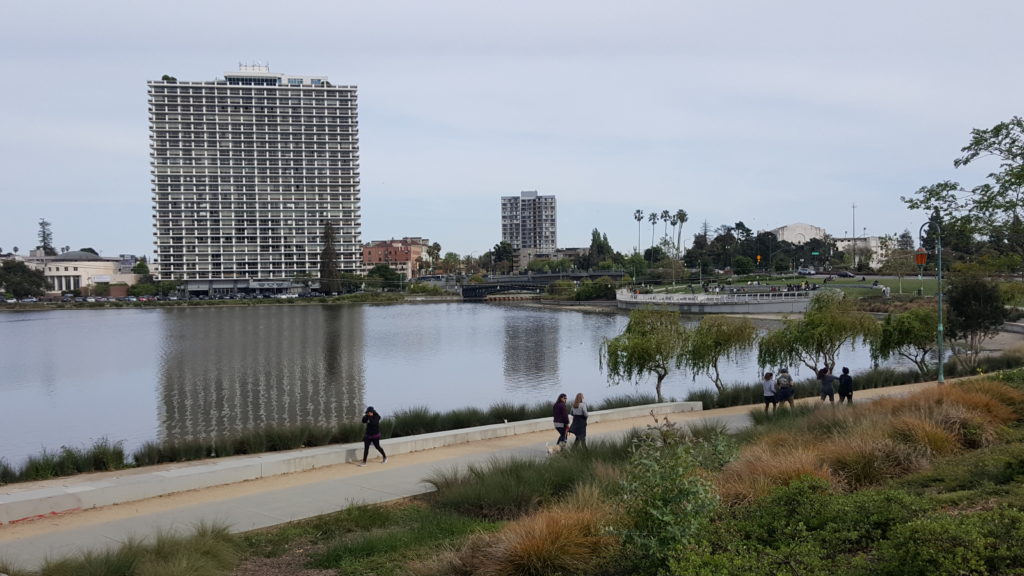 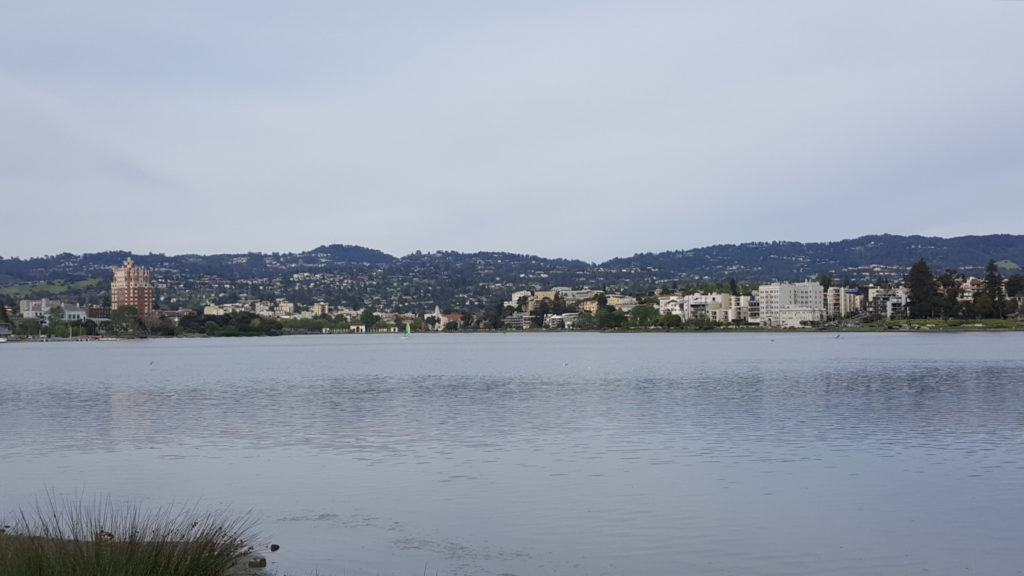 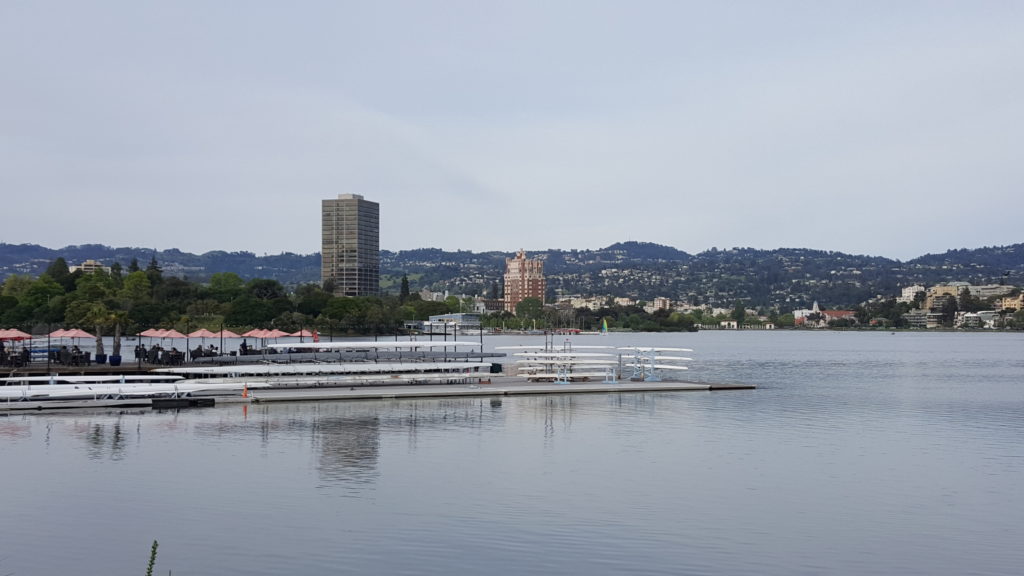 I had took note about a couple of other parks around the lake, but my enthusiasm has faded away and I am not willing to stay there any longer. Let’s call UBER, then. The problem is that I have not charged my phone too much, so it switches off while I am waiting for the car. Will it arrive?? Fortunately it does: I have no more problems and I can go back home. By the way, on the car I can chat a bit with the driver and the two guys who were already in, one of whom tells me that he has Italian origins: he resembles Bin Laden, but OK, let’s assume I buy it!

Bottom line, nothing special to remember. Maybe the area next to Jack London Square (i.e. the commercial area on the Bay shore) might be more interesting… and maybe the two parks that I mentioned above are nice… but honestly I am not super eager to discover it: I guess it is enough with Oakland!