Last weekend I did not do anything special, as I mostly dedicated myself to my domestic chores and to relaxing (in addition to going to the cinema with the Italian group, though!). So it is good that I had not talked about the previous Sunday yet!

On that day, i.e. the day after my naturalistic adventures at the Tilden Park, I had gone to San Francisco – or better said, to South San Francisco, which is formally a different city – where I participated in the Liberation Day Party organized by the Italian Community. After the party, I had come back to SF with three friends of the Italian group in Berkeley, in order to spend the afternoon there.

After crashing a Brazilian party, we temporarily split: Filipi and Susi wanted to attend a contemporary art exhibition that we had “found” next to the party, while Davide and I were a bit reluctant. As far as I’m concerned, I am not a super fan of contemporary art, but the key point was that I considered the sunny afternoon a great occasion to sightsee a bit more in the City. So I proposed Davide to have a drive in the city (he was the owner of the car which we had been using), in order to let me finally see the Golden Gate Bridge, while Susi and Filipi could enjoy their exhibition. After all, we were quite close to the Golden Gate (we were between Cow Hollow and Marina District, to be precise). Davide agreed and so we left for our (short) tour!

Before heading the Bridge, however, we went to Lombard Street, or better said, to the part of Lombard Street which is very famous for its hairpin turns (Lombard Street overall is very, very long!). Here are some photos (and here you have the Wikipedia link if you wish to know more… and to find better photos 🙂 ) 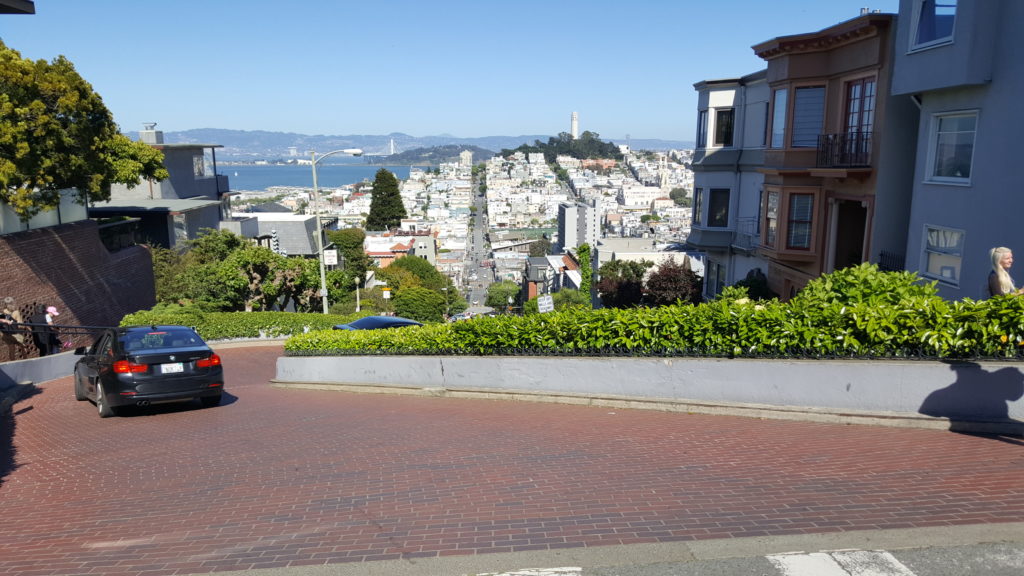 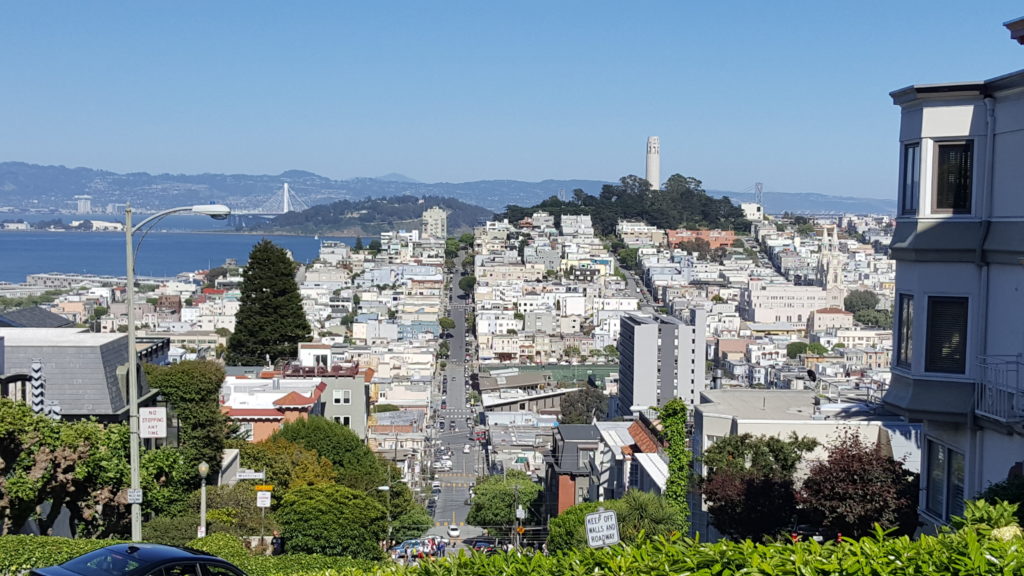 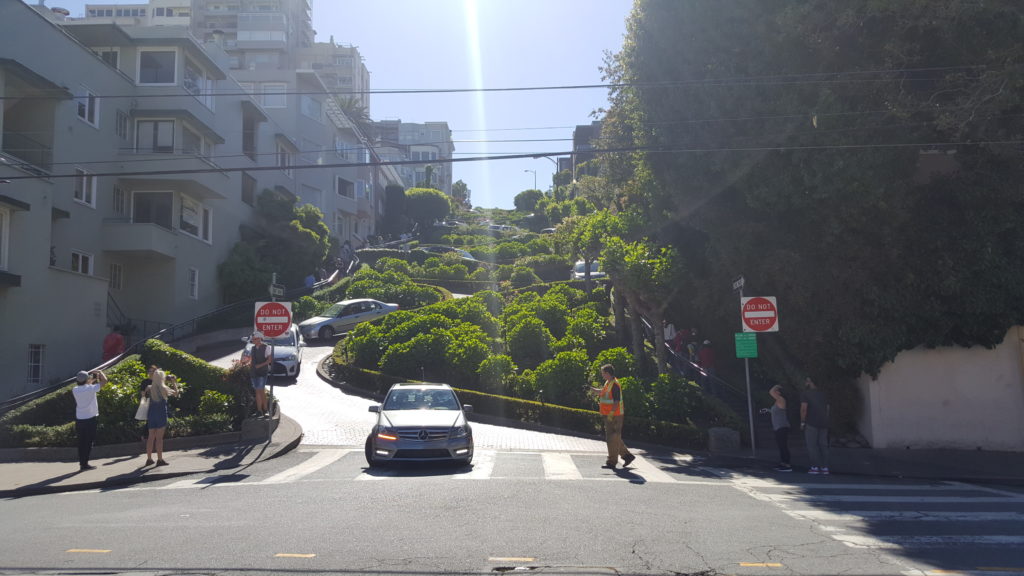 Then we moved to the Golden Gate Bridge! On our way, Davide showed me a nice corner where I could take another picture of the Bay, and in particular of Alcatraz. 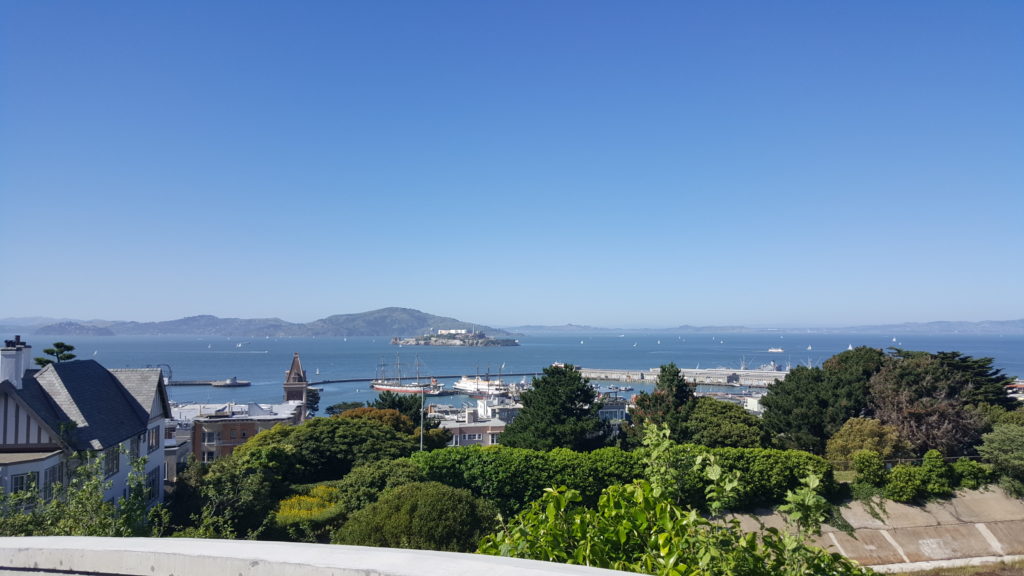 I do not report the whole story of the Bridge (see the Wikipedia link for that) and I leave room to my photos. By the way, we had a little problem: probably due to the traffic jams or the uncontrolled parking, some new jerseys had been put on the roadside near Battery Spencer – the best viewpoint over the Bridge – so we could not stop there. Never mind: the view was really good in the other two places where I was taken by Davide! 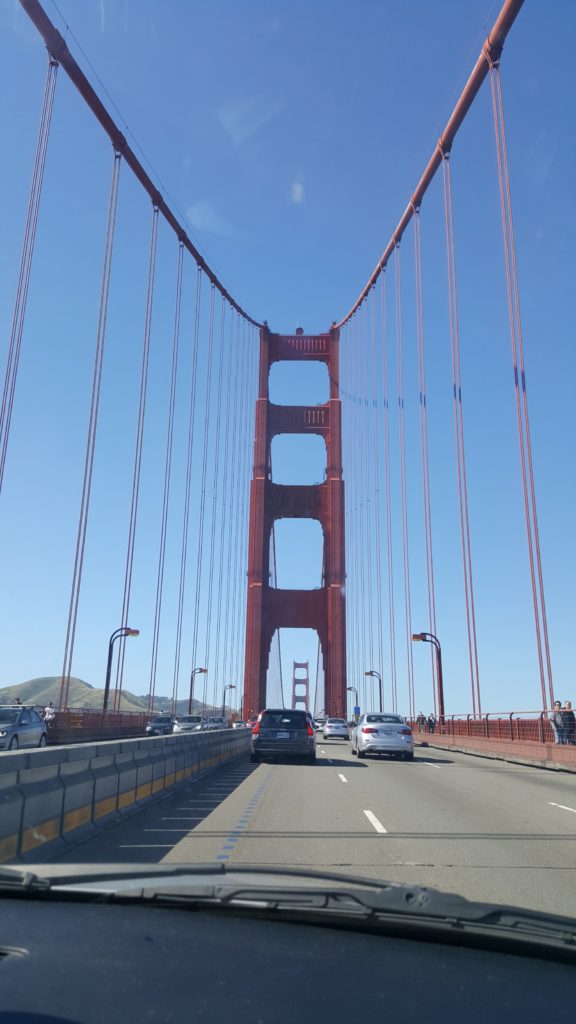 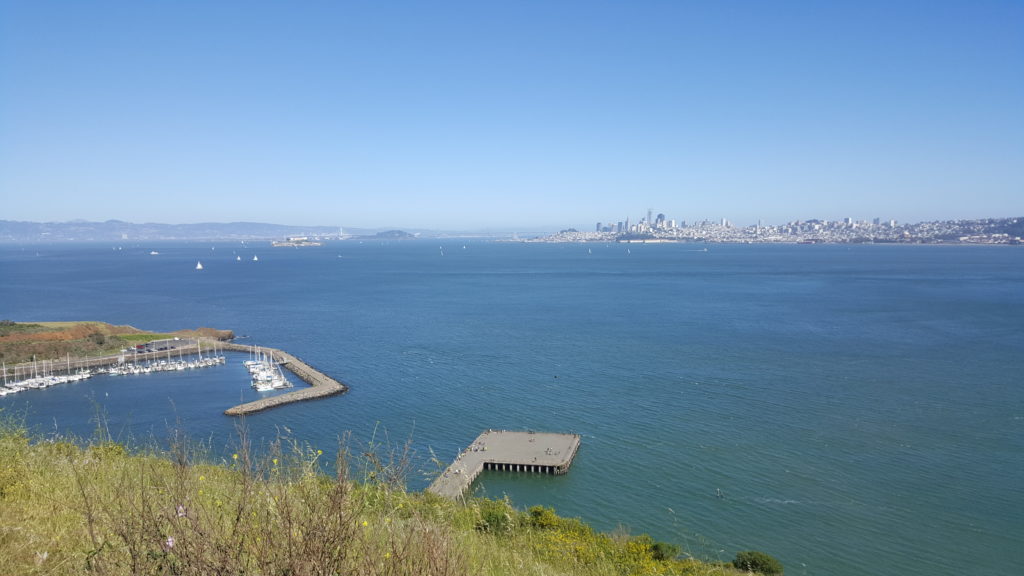 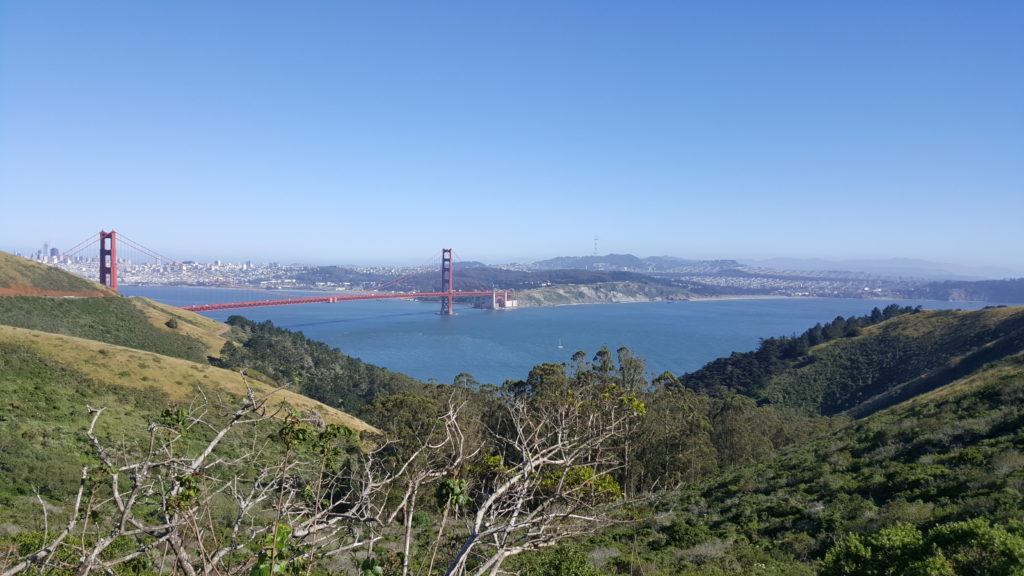 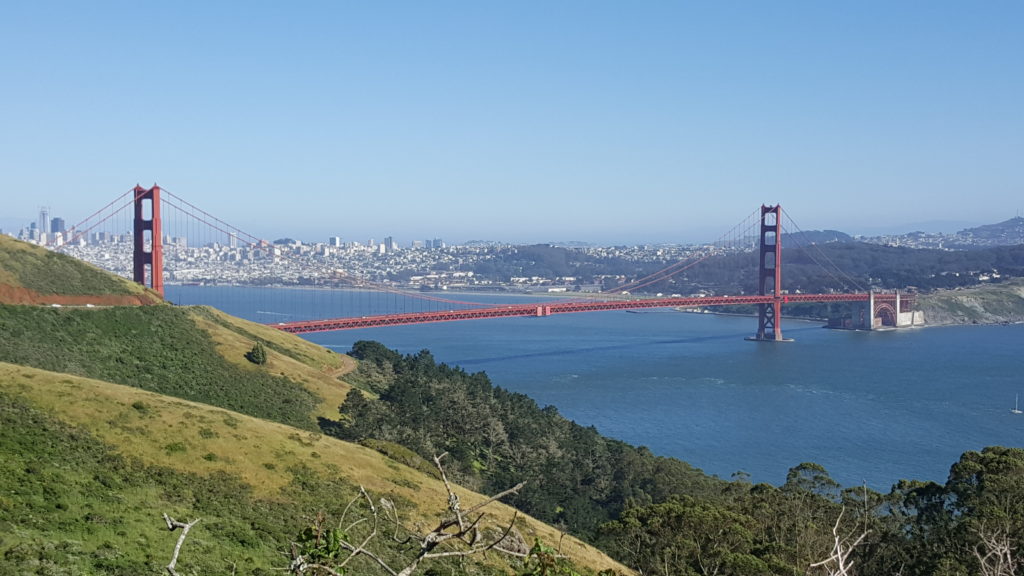 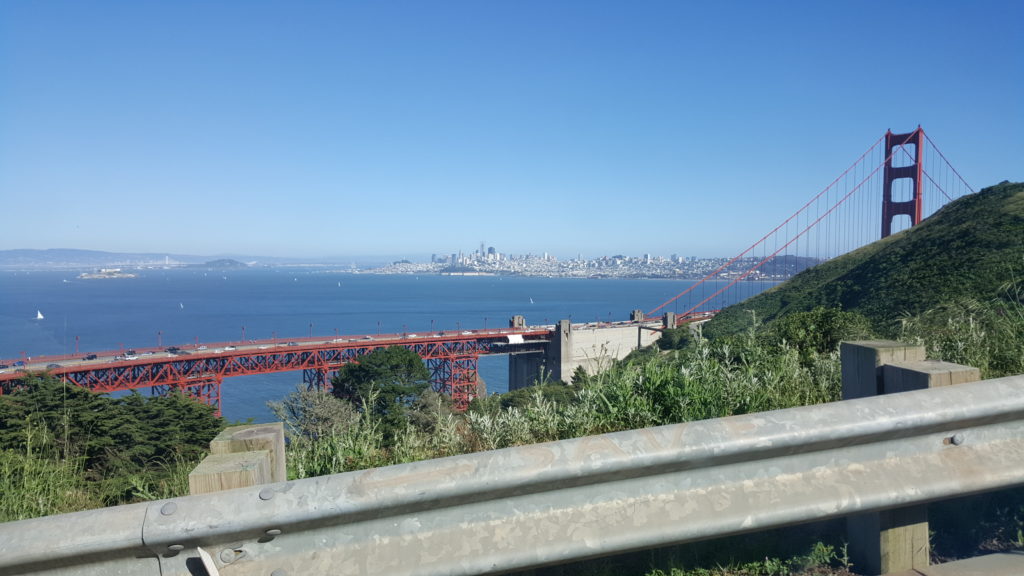 By the way, at one point I asked a guy to take a picture of me and the Bridge:

«Please take the Bridge as well, thank you!»

Here’s the best of the three photos that he took…

After our tour – and having warmly thanked Davide for his availability – we went back to join Filipi and Susi, and we finally had an aperitivo all together. Before moving back to the East Bay, I took the last photo of the day, with the typical mist (and indeed it was super bright…) and the steep streets (please note the parked cars, which the following morning could be found at the valley bottom, I guess!)