This is one picture from the Halloween party that I attended on October 31: 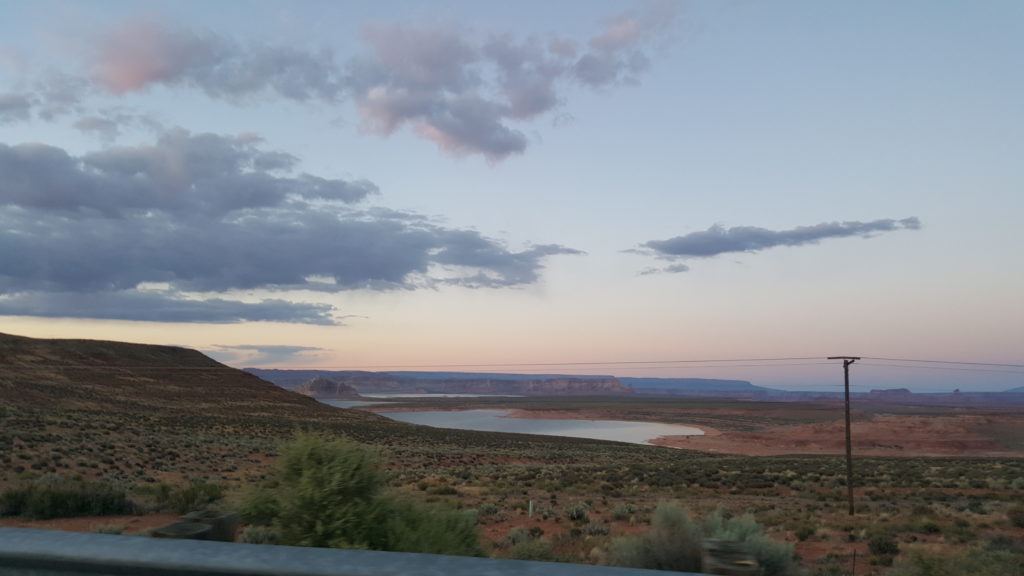 Does it effectively give the sense of nothing? Yes, indeed it was all quite disappointing. I must specify that I was not too interested in Halloween, honestly, but I was curious to see how it would be celebrated here in the States, and I expected to write a nice post on the topic. Well, in the end I do not have much to tell.

By the way, maybe you could recognize it: this is one of the pictures that I took during my trip with Sara around Monument Valley, Grand Canyon, etc. and that I published in the dedicated post. In particular, you can see the Lake Powell, which is near the Horseshoe Bend (Page, AZ).

Coming back to Halloween, in the previous days I had indeed started seeing some pumpkins, some decorations, but in the end I did not see anything special on October 31 night. Obviously I did not expect to find too many children in the Campus area (which is pretty much in the city center) nor in my neighborhood (which, as I have already said, is very very calm, in the hills area), but I did not see any! Everything was super calm and silent in the fraternities area as well. I did see some guys in costume – by the way, in most cases it was a super thin dress despite the chilly night! – so for sure some parties were going on somewhere, but I did not perceive the “atmosphere of the event” that, for instance, you can feel when football matches take place (not to mention the Commencement). It must be said that November 1st is not holiday here, and this did not surely help, but it really looked like an absolutely normal night.

Who knows, maybe there was a huge mess everywhere and I was the only one who did not notice anything!

Here are some pictures of the dining common where I often have dinner, one around the Campus and one from my neighbors’ house: 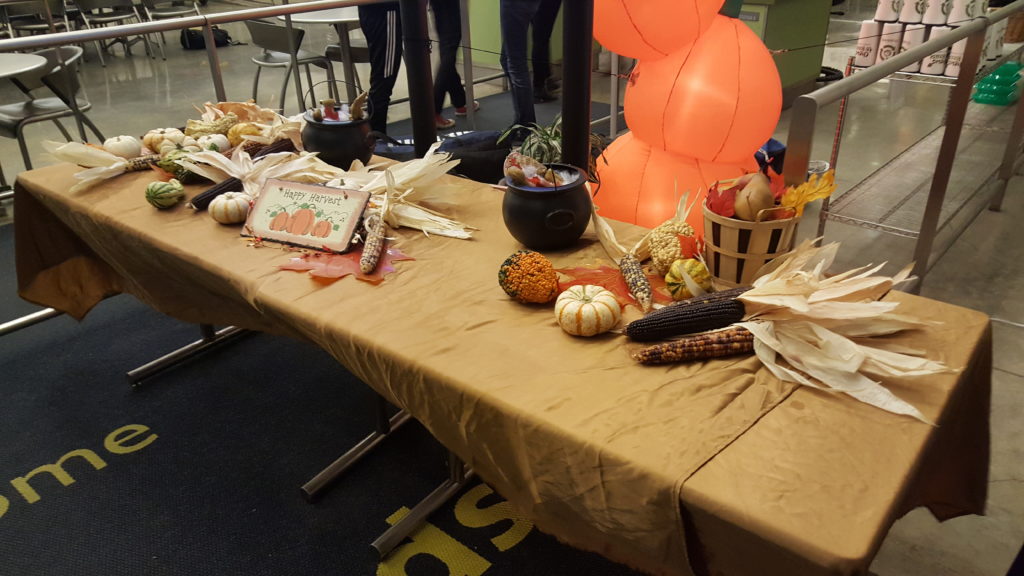 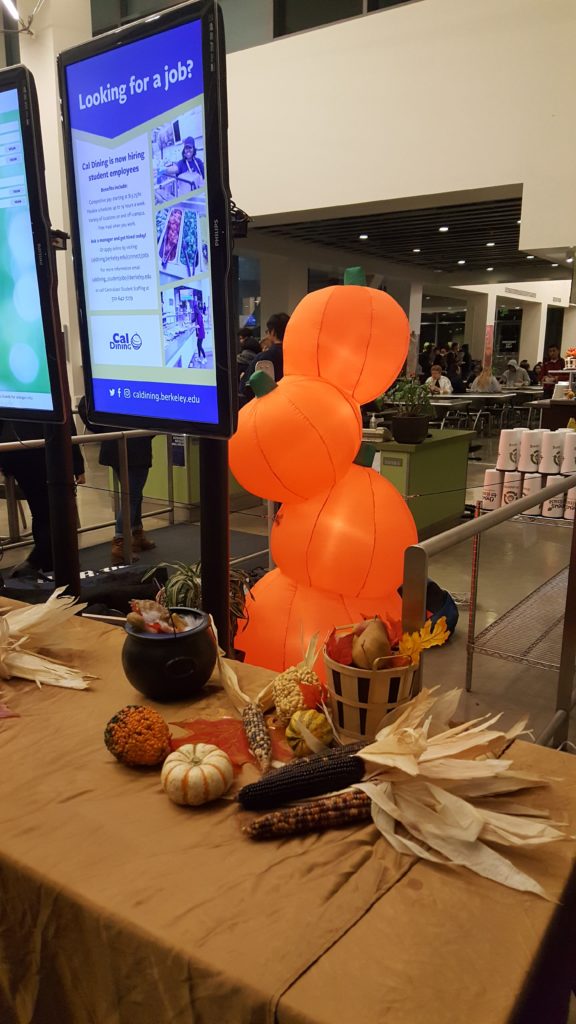 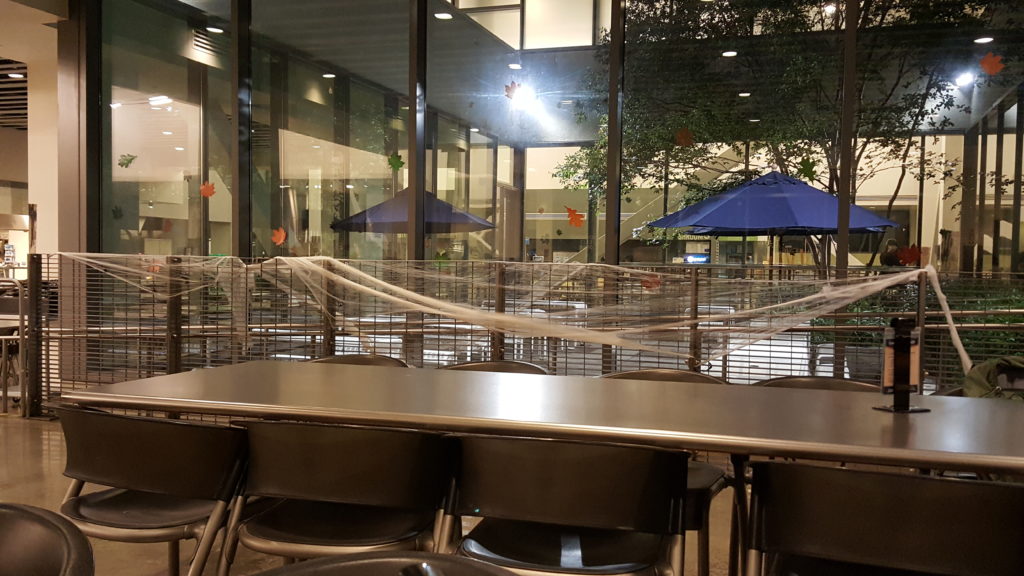 Yes, I agree: pretty sad and disappointing! But never mind: as said, I was not particularly eager to celebrate Halloween.

Rather, I am much more curious about the Thanksgiving Day, which is the main public holiday in the USA after July 4. I will surely try to participate in some events, possibly a lunch with the Italian community.

By the way, the Thanksgiving Day is… just one day (incredible, isn’t it? 🙂 ) and signally the fourth Thursday of November (so this year it will be the 23), but the corresponding holiday takes the whole second half of the week (classes in schools are suspended starting from Wednesday), so overall it will be a five-day break. Or better said, it will be a five-day break for those who do not have a project to conclude and a seminar to hold on November 29 🙂